Today we're about to release an updated version of Shootmania Royal Squad, adding a bunch of fixes and features.

List:
* Players' cartridge are colorized in the scores table to distinguish better who is with who.
* Scores table is now 8 * 2 allowing to see more players.
* Sound fix: all events do not play "Start Round" anymore. ^^
* A new set of team colors that should allow more lisibility on the field.
* Private Squad: now you can decide if you want your squad to be on invitation only.
* You can add a player in your team during the game. It allows for example to add friend that joined the game later without restarting the squad.
* The distribution algorithm is a bit better.
* Game mode balance : heal has been accelerated and reload speed as well.
* Experimental: we allowed in a parameter to have a round limit instead of a point limit, but it is not for the channels.

For squad ping and auto-balance, it is a bit more complicated to implement so we decided to update the mode with all those small fixes before to see what we do next.
Today, 1pm Squad program will be updated. We'll see if things goes well or if bugs ask us to fix them for the next program (at 4:30pm).
Thank you very much and see you maybe on the battle field!

Pings and auto-balance are the most important features in my opinion.

Is it possible to change the rockets from 3 to 4 per player? Most of the game-modes use 4 rockets, why uses Royal Squad only 3 rockets?
And what about team chat?
No risk, no fun!

"Now, we should focus on making things."

Pings and auto-balance are the most important features in my opinion.

Is it possible to change the rockets from 3 to 4 per player? Most of the game-modes use 4 rockets, why uses Royal Squad only 3 rockets?
And what about team chat?

Samll addition to what Dmark said. If you put 4 rockets instead of 3, remove the faster reload again, pls. Otherwise it would be a spamfestival.

Imo having it the same as in most other modes (4 rockets, normal reload speed) would make the most sense to me. Unless you want to try something new. It feels alright to play right now, so I don't mind too much. Just a bit weird to have it diffrent than in almost every other mode.

I like that the colors are shown in the scoreboard now. Good stuff

I find it weird that adding team ping is a big problem, while you already have so many modes using it. Is it because there are more than 2 teams?

Also next to ping, team chat and team balance, I want to point out again that knowing who your opponent is, is kind of important for many players. So if you could see the nickname of your opponent while still being able to identify your own team mates easily, that would be cool.

All in all. good update, thx! Keep going!

I was looking for a video showing royal squad gameplay and I found this...
https://www.youtube.com/watch?v=xOioaGELtPU

Little quiz:
Whats the difference in both scoreboards? 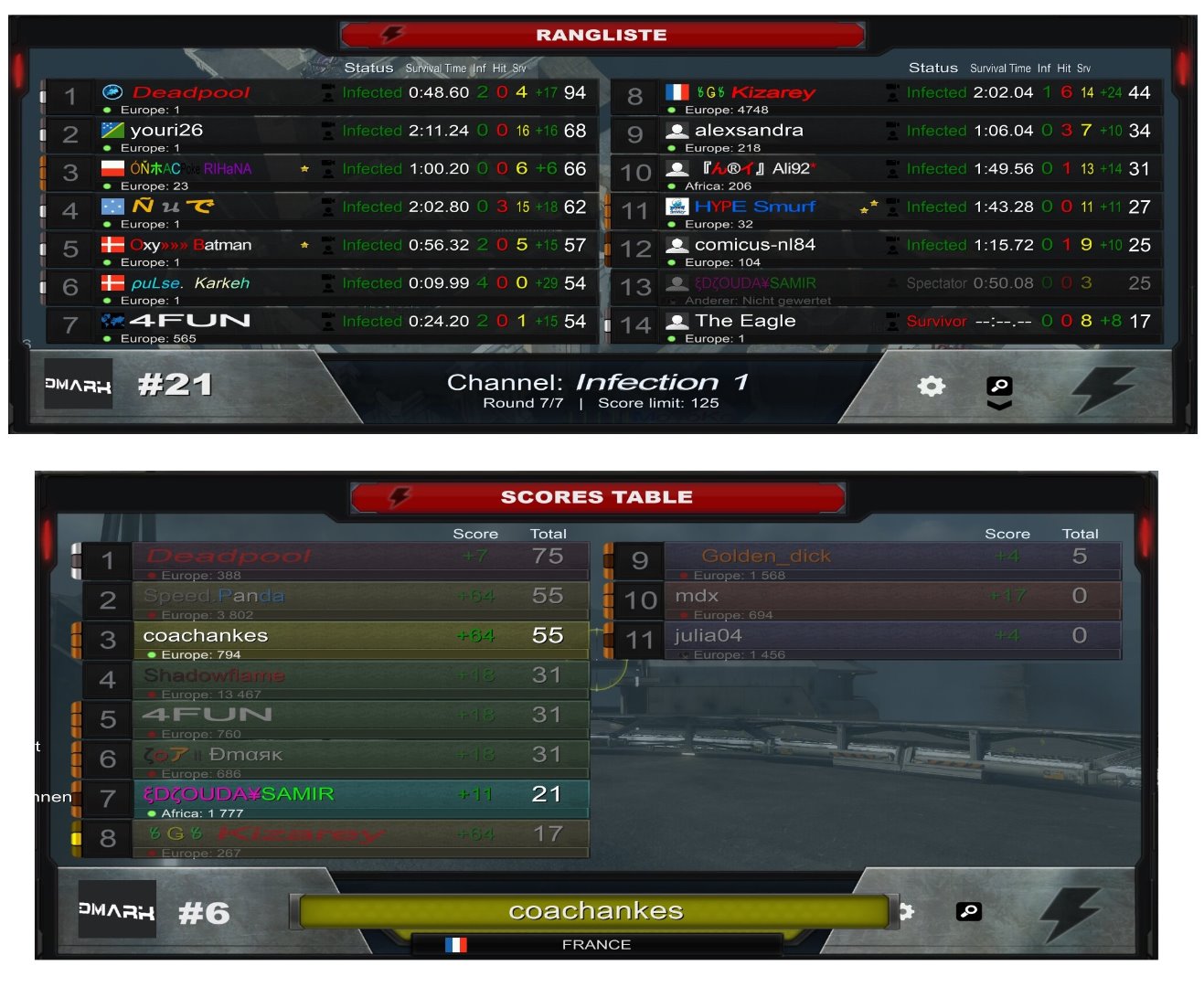 Tip2: Look to one Player, left to Status and Score

Maybe there is missing something

Oh yes, I know: In Royal Squad the PlayInfo and Spec button is missing

Would be nice to get fixed next update
No risk, no fun!

"Now, we should focus on making things."

Oh yes, I know: In Royal Squad the PlayInfo and Spec button is missing

Would be nice to get fixed next update

Made it more readable