Hey guys,
really interested in your opinion: Would you like a Trackmania-like game, with speed boats instead of cars?

Common concerns I get in response to that question are about physics. Well yes, a boat is a boat, but with all available influence on the coding of the physics, it could be possible to make it behave a little more like a car, e.g. implement drifting, etc. Consider the physics to be fun, not realistic.

Also, slopes and jumps can be possible via ramps and flow/streaming. We just can't have loopings, of course

The game should have a track editor, and you can configure flow/streaming per block (like boosters and anti-boosters, but also sidewards).

Would you like to play such a game? Would you guys buy, back (Kickstarter) or greenlight (Steam) such a game?
What features would it need to have to compensate on the little physics drawbacks? E.g. Weapons? Collisions? Moving obstacles? What would you like?

Really looking forward to some opinions

If you fancy more a 3D style: Ever heard about Wave Race 64 for the Nintendo 64?

About buying, probably not due to time constraints on my site, but if it is well executed it might be a chance for a niche community. It should be as much as arcade as possible in my opinion.
A cool thing would also be if you could drive an amphibious vehicle that could be used for street and water driving. Imagine a racetrack in a town setting where you could switch from sliding through the canals into small driving between the buildings?
And about the looping, what about something like this? 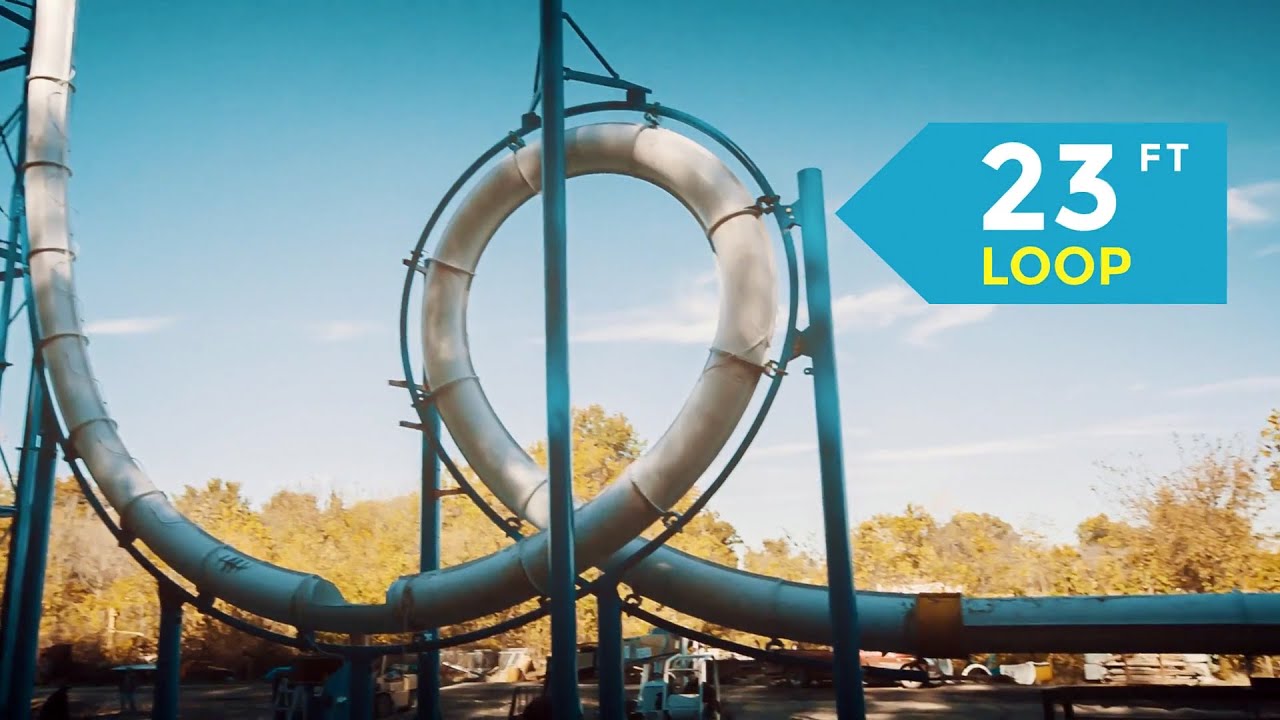 You can create a tp in lagoon

Yeah I know Riptide GP as well, even though I played it on the Xbox.

I liked the way it introduced the third dimension (which is always difficult with water) with the slopes.
But this did not have a track editor, right?
Also, it's a little bit too Carrera, I'd like to have more variety and a good selection of blocks. But I'd certainly do the slopes similar.

Guys,
this is about the development of a professional new game. I am evaluating a game concept and trying to get some input and ideas.
We don't want to create Trackmania mods or packs or content, or anything Trackmania/Maniaplanet related, but a complete game.

Question is if you're interested in such a game, if it came out soon and is well done, and what are your concerns or ideas to make this really cool.

Your topic header suggests (literally) a new environment for trackmania. If this is about a new game separate from TM you may want to change the title to something like "New boat racing game; Ideas" or something.

If you like a boat that can drift in turns but is also amphibious why not a hovercraft? I would love a well done hovercraft game.
It has even been suggested as an entire environment designed for Hovercraft in the topic What new Environment would you like to see?. This lets you race on water and land and could make for some fun tracks. Of course people who don't like drifting would not likely enjoy this but people who do would love it.
CPU: Intel I7-4770 64Bit @ 3.4Ghz.
Ram: 32GB DDR3
GPU: Geforce GXT 1060 6.2GB DDR5
Windows: 7 Pro SP1 64bit
Top

I'd play it personally. Go for it

Actually there is already a boat game, Virtual Skipper

The Trackmania principle with fast editable maps can be brought to a big variety of games actually.
Perhaps one day the tools will allow the community to do it under the hood of Maniaplanet.

At the moment I doubt that Nadeo will be able to create a completely new game,
since they are full busy with Maniaplanet, Trackmania², Shootmania.
And do not forget Questmania which is on hold for uncertain time...
maniaplanet forum global moderator