yeah and the grid of Pelagic IV is completly strange without grid...

That's an update I actually think is positive, although it seems that most of the updates have been against RPG players, but I'm seeing a lot of complaints from other players as well, so I don't think Stadium will be ready as it is.
Trackmania2 ♥
Top

ehr.. why don't you guys create a new title and create and use your own (transparent) blocks instead?
1 of the few benefits of this new trackmania. (can even have your own ranking system)
Top

BLiNNeMaNS wrote:ehr.. why don't you guys create a new title and create and use your own (transparent) blocks instead?
1 of the few benefits of this new trackmania. (can even have your own ranking system)

I have asked a lot of times but never gotten any good answers about these objects,

Are lighting calculated on them when you compute lighting?
Are transparent textures available for them?
Are all the standard blocks available as objects?

Although I still think you should be able to mod transparency also.
Trackmania2 ♥
Top

BLiNNeMaNS wrote:ehr.. why don't you guys create a new title and create and use your own (transparent) blocks instead?
1 of the few benefits of this new trackmania. (can even have your own ranking system)

Thats a good suggestion, we should think about it (if transparency is possible in objects).

Not really in theory yes but it waount help much.I need and other RPG mods need to be able to create texture on the image provided. What I mean is. Mods Like artic Breaze Take a look at theses mods. RPG MODS.

Also take a look at my mod pictures befdore. I plan to recreate it for Stadium 2. After all that ranting about the mod. Yes my mod and looking at others. We need that textures as then its RPG racers to have said block downloaded.
Top

i don't see your problem..
i know what you mean, but if you can recreate the blocks, you can also add them as custom blocks with different textures.

edit: on a title everyone has access to the same blocks, so every gfx modder can use the same texture names.
Top

Hehe Mario, as the slowest of all TrackmaniaVeterans (most bad Top50-Locals ever :- >, even if there started only 48 before me :- >) i might even like it, funnily enough i had not come across a pipe or ledge yet, when i was on an RPG server today eie's  'v o i d'  was running and after fumbling through that whole a few times i rather specced onicole instead :- >...so i still have to try he ledge and pipe fun :- )

i thought i detected a weird drop on a building, similar to CanyonCar, but i only saw it once i might be mistaken, i discovered that on old tracks the LoopCam seems off, i had it with ReRun and with OpenYourEyes, i also had it on Ahead is a blur, then suddenly LoopCam worked normal with cam3 instead of cam2 in loop, strange.

On other tracks the loop cam seems to stick to cam2 which makes me crash immediately.

And dunno if that is normal the lights of CPs, Start and Finish blocks seems to shine through 6-2-1 block, dunno if that was already in TMNF, i only saw it on Kryw's Polytech Plasma that destincitve...


eie wrote:... although it seems that most of the updates have been against RPG players, but I'm seeing a lot of complaints from other players as well, so I don't think Stadium will be ready as it is.


i think we are complaining on an extremely high level...there is so much just perfect and would be much worse if it had gone south, the physics seem to be very very similar, well some difference judging from times and i don't assume PF tracks work ( i am sure somebody tested that already, but i have not read up on that yet

And there are so many other awesome thing, when you look at the Stadium-Tribune-Roof, it clearly was done new, dunno what could be imported and what had somebody do at Nadeo from scratch, in any case:

we still have TMN ESWC, TMNF, TMNUF...i know i opened a thread about dark shadows, fear-mongering like a successful politician :- > ...but in all honesty, after the first shock was over because the lighting problem was about as bad as i feared and not like in my wishful dreams of the last weeks, it is all much better than it could be:

Imagine the physics were really off and all the stunts and tricks needed in RPG would not work, not talking about minor things like easier pipes and ledges...

what if there was no turtling...

...or if all the old tracks could not be imported (well they will have to be adjusted and maybe somebody will come up with a good idea to quality check old tracks somewhat automatically)...

...but all in all it is like we just got a brandnew car and we still can use the old one...and the one from before...and...


...and in a very old interview i remember Hylis mentioning that even the TM Original Demo Multiplayer Server ran for god knows how long ( i assume they are not up anymore...but i think the famous rose server in TMN ESWC might still be run by rose tatoo and visited by the "NorskStar" HardDance...i should have checked...not long time ago i think there still was a core group on TMN ESWC servers...in any case i assume TMUF servers will be up, so we can even play Golden Gate Bridge by N00bizor only to name something that would not run in TM2S anyway...

...so in one sentence: All the really important stuff already is more than perfect (not talking about little bugs, but the big picture)...

and Blinnemans makes the most important point with the title packs:
those who haven't heard of 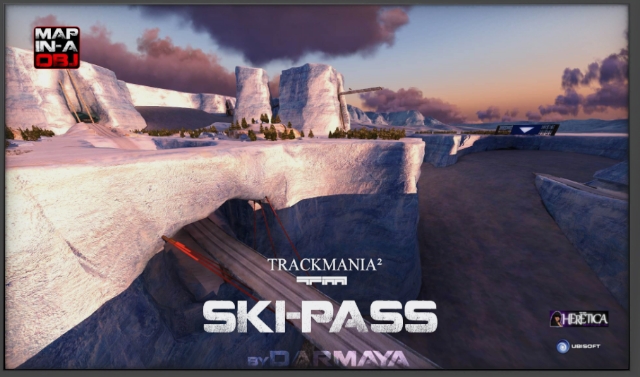 yet there might be awesome title packs ahead, if objects can be lit, inside if not there will be a new style...

I love Kryw's RPG temples and ofcourse Rafale's Enigmes (which technically is not an RPG, but a TMUF Platform track those without TMUF could not play the original Enigmes, that is why i called it a precursor, and Rafale did all the MT for Sobékite anyway...well...er...if there will be Temples or OpenAirAdventures...on Wednesday, February 27th 2013 something really fantastic hit our hard drives, just as cool as the initial release on Friday January 27, 2006, TMUF-Platform players should celebrate 15.04.2008 and 31.08.2008 StRafaleDay^ ^, TMNF-RPG players 16.04.2008 with the arrival of the 6-2-1 block and its siblings and of course 23.12.2008 KrazyKrywDay :- >>


tl;dr
So the day before yesterday was something huge, we just have not all realized it fully yet, talking about 'realized' wheretf is r2 :- D ?