I have my TMF-game set up slightly different to my liking;

I have for example taken away the last "pang" / go in the countdown at start as i think it is too loud. I also have a modified .dds for the stadium fans With some red and white as i think it looks better

In TMF i can remove or rename these files without problems running the game.

But, in Maniplanet i cannot to this, the game refuses to start if i do so???

If i remove or rename "RaceGo.waw" from C:\Program Files (x86)\ManiaPlanet\Packs the game won't start and the same With StadiumFan.dds.

I would also like to remove the skidding sound.

Is this possible at all or a deliberate change that for maniaplanet?

impossible to change game files indeed. I guess you can't do anything about it.
- staff head of ESL TM²Stadium -
Top

In this post i asked if the abandoning of transparency in many blocks were due to Shootmania - to prevent easy wall hacks/ invisible walls, but i only asked because it would seem logical, i would love to know what is meant with 'technical reasons' ?

Already back in TMN ESWC, the National anthems were awesome, but when you played on the same server every day, with dominant players from one Nation, hearing the National Anthem 100times in-a-row, you felt a lucky man to be able to exchange the file against a blank one.

Same with the 'AmbStadium.ogg', the powerful wind sounds high up in the air were not always good especially when shooting video, same with the 'turbine.ogg' on PF-tracks, an even more closed areas which huge amounts of boosters we all know that annoying 'buzz' it generated.

To quote eie, who quoted Hawk recently in a similar matter, taking control away from the players that is:

while i know from many people who play muted, i would miss them very much, i especially dislike one sound with Canyon and TM²Stadium car, when hitting the certain parts of the car it sounds like and empty bath tub or an empty track bin...i tried to document it in a video today, when i made the comparison i was so impressed with both TMNF and TM² Stadium how many different sounds correspond with different parts of the car-body and the new found respect has not had me render the fraps-footage yet.

I fear we have to learn to love that hallow bath tub sound, the squeaky noise of the reverse gear, the higher pitched sound of the engine (i do not understand why but i saw at least one poster pleased with the new engine sound, probably some might like that rusty bath tub as well^^)

...i see the lack of control on the players side with sadness (textures, shadows, sounds,...)

my true love is for the TM envis, although i understand there is one Maniaplanet System: and if i knew it served a purpose, like prevent cheating in Storm it would be easier to give up on all that control:

I hope we might get an answer if there are strategic reasons (cheat prevention) or technical reasons or maybe both.

At least the 'turbine.ogg', whatever it is called in TM²Stadium seems to be comparably peaceful...haven't checked out 'AmbStadium.ogg' yet, i hope it is not too windy

No,no but some hits to the body of Canyon and TM²Stadium car sound much more alike and hollow/shallow than that of the TMNF Stadium Car.

I don't know if i will manage, i have some fraps footage, not good enough though, i could record the exact sound i mean, it really sounds like a big shallow tin object, well like a broken bathtub, or more closely a damaged hull of a small boat... i searched yesterday YouTube for quite some time in the hope to find something to show and demonstrate...^^

There was one Canyon Trailer before E3 i think not sure, that had amazing engine sound, but i am not sure it would be good when one has to hear it for hours, so i will not diss the engine sound :- > but the squeaking noise on reverse gear (although i have to check might not be reverse engine but an enironment sound that squeaks i find really annoying) and that damaged boat hull is really weird...
...but i shut up...i love your game, i love what you did with the physics, i love so many aspects, don't let me be misunderstood, i really love hat game

and from the little bit of Mythbusters watching i have a tiny glimpse how complicated Sound design is, and that the sound of a fired gun is made up of 4 or more completely unrelated sound which have nothing to do with a gun/bullet fired.

Becausea gun in real-life sounds nothing like the fat sound in a movie, or the punch from Bruce Willis, or a 'ploppp' of silencer in movie...so don't listen to me, i truly love your game...and if i had to design the engine sound it would sound like a lawn-mower on steroids...and the body like a sunken ship^ ^ [--> searching for that preE3 Trailer sound now :->]
Top

Hey no worries ! I was just asking in case, because they use to share some sounds between environnement, and if it was still the case i would have to be worried hehe.
Yes i would love you to fraps something explicit so i can hear what you're talking about.
Regarding the engine sound, it is the hardest thing i guess, mostly the part of finding/making good engine sound loops, with the right rpm value to make them all work together.. But it's going to get a bit better next update, less annoying at least (as for the engine feeling stuck at the same highest rpm before switching each gear, those kind of issues, i mean)
Well, I'll be glad to look and listen at your short fraps footage, thanks for your support occam.
Top

for an easy tl;dr alternative, only read the bold parts^^

i recorded quite a bit the last two days: but we have a case of Stockholm syndrome now :->, the more i got into the matter the more i like the sounds :- >, it doesn't bother me that much any more that the sound the car body makes on impact is rather hallow at times.

And discovering that there seem to be quite a few variables made me respect your work even more, the sound-generating seems to have so many variables: sound changing with the object it collides with, the surface the car drives on, which part of the car hits an obstacle exactly...really sophisticated it seems :- D.

If i will expectantly stumble upon "the mother of annoying sounds" in a future game session though, i will try to save a replay and record an example :- >

GabrielM wrote:Regarding the engine sound, it is the hardest thing...mostly the part of finding/making good engine sound loops, with the right rpm value to make them all work together

I remembered a sound bite from the E3 Trailer: The edited Sound of the video found quite a few enthusiastic listeners and Florent immediately announced that it was not ingame sound but sound editing of the video.

Would it be impossible to have sounds like in the very short video, especially the red car shown in the very last second, in-game ?
(if these sound might be nerve-wracking after a few hours would be another question ^^)


GabrielM wrote:.. But it's going to get a bit better next update, less annoying at least (as for the engine feeling stuck at the same highest rpm before switching each gear, those kind of issues, i mean)

Good luck with the update :- ) and congrats on your great work so far :- D
Top

occam wrote:i recorded quite a bit the last two days: but we have a case of Stockholm syndrome now :->, the more i got into the matter the more i like the sounds :- >, it doesn't bother me that much any more that the sound the car body makes on impact is rather hallow at times.

Exactly, the more you hear a sound the more you get used to it, and if it's associated with a game that gives you pleasure, well you'll find yourself quite liking the sound in the end, that's in someway getting sentimental

.
That is exactly for this matter that i've made some choices regarding the hitting sounds. Instead of replacing them by all brand new sounds, i tried to take the old one and just make them sound better, like an old car with a new painting.
Lot of people play TMNationsForever for years, and they are pretty used to those old sounds... So many people get pissed by change but you can't also keep everything as it was and sell it this way.
Only the engine sound is "brand new", but that is another story.
Top

If you ask me, I actually prefer this brand new engine sound over the old one. I find engine sound in TMNF really annoying. This is definitely an improvement in my eyes... or ears *cough*
Top


Meanwhile it is far beyond Stockholm syndrome

i love
the sounds you created more and more every day :- D 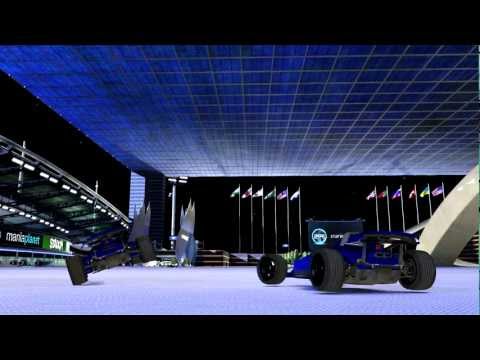