I finally found time to complete the update of the uploader to MP4. Yet, only people with existing MP3 account were able to use the service.
From now on, we will use the MP4 SDK, which will require MP4 credentials.
It is necessary to grant us permissions over login and email again.

Known issues: the logout button doesn't work properly. I am looking for an answer to solve this problem here: viewtopic.php?f=282&t=42460

Please report any bugs, errors or weird behaviour to info [at] maniacdn.net
Thanks to Ansgar Richter and Toffe for reporting.

PS: I would also like to let you know that we haven't had major interruptions recently. The network is still running very fine and stable.
ManiaCDN.net: the new free hoster for your custom content

Status of the network
Dear users and contributors,
We are happy to say that our network still works nice a charm and our domain is up since 25th of november 2015 (almost 2 years). Also the costs of the non-user contributed regios (Asia, Africa and South America) which is supported by CloudFront together with the DNS costs is still around 3 or 4 dollar a month, which is far from worse. (apart from the domain costs) (donations for the costs are of course welcome btw, button is on https://about.maniacdn.net).

Statistics September 2017
Another nice fact is that the usage of those non-user contributed regios can be investigated with the statistics provided by Amazon AWS. Here are some nice facts:
(these stats are only for the regions: Asia, South America, Africa)
- UAseco and XAseco assets are the most populair, which is logical for the amount of servers running UAseco nowadays. The mostly downloaded asset from 01-09-2017 until 01-10-2017 is /undef.de/xaseco1/mania-karma/cup_gold.png with 17670 hits which produced total of ~22 MB.
- The total number of requests is 1174483. In total, 4,5 GB is transfered in during September 2017.
- 99,85% is non-browser traffic, which is the Maniaplanet client obviously.
- Brazil did the most requests from all locations, 225973 requests, that's 19,24% of all requests during the month. Second place goes to Australia with 143666 requests.

Thanks for using and contributing to the network, and we are looking forward to host your files!

Here some statistic for one of my nodes.
IPv4 to IPv6 ratio 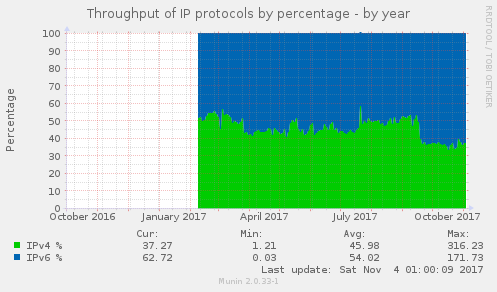 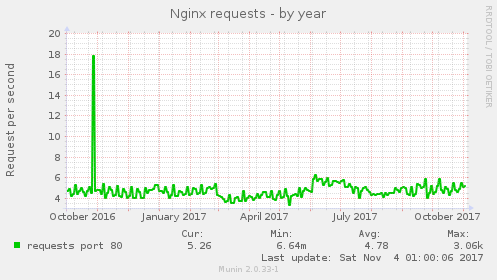 some of you might have already noticed that in recent days the ManiaCDN uploader suddenly started to look kinda different. I have made a big overhaul of the user interface, that used to be a bit sketchy and not very easy to use.

In fact, I have completely re-written the whole code. The uploader v2 is less buggy, more comfortable to use and also easier for us to manage.
Though, as we have just started using it in production, you might face some problems. Please don't hesitate to report them to us!

Technical things:
Like all other software used by us, the uploader is now also open sourced and on github. Feel free to contribute. The new uploader is based on Symphony 4, uses bootstrap for UI and dropzone for the upload frontend. More details on github.

Find the uploader where it used to be: http://upload.maniacdn.net/
ManiaCDN.net: the new free hoster for your custom content

Update to my mirror usage 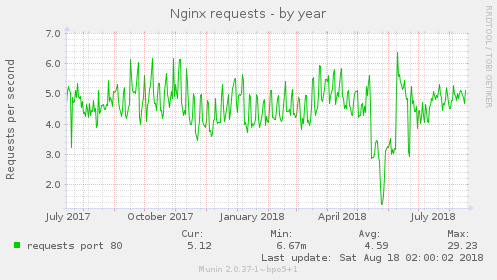 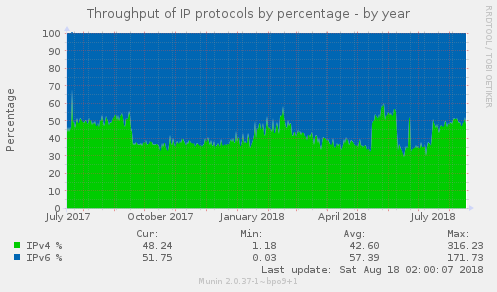