This is what my game looks like when I open the map editor in fullscreen. I launch the game fullscreen.

This is new since the February update. In fact, it didn't even look this way in either of the preview builds posted in the dedicated server forum earlier this month.

As a workaround, I can press ALT+ENTER to go windowed to fix it. Then I'm able to ALT+ENTER again to go fullscreen and it's fine.

Hi, this look like a bug specific with 10X0 NVidia card reported before on previous game versions.
NVidia was not able to reproduce the issue.
You're saying the reproduction is easy, right ?
Could you give us more details:
On the repro. steps and on your config:
I see you've a 1080 but do you have multi-display setup ?
Are you displays using same resolution ?
Are you asking the game the same resolution as windows' display one ?

LuckyBoy wrote: Hi, this look like a bug specific with 10X0 NVidia card reported before on previous game versions.
NVidia was not able to reproduce the issue.
You're saying the reproduction is easy, right ?

Yes. It's easy. It happens every time I open the game and go to the map editor.
And it's happened across 2 driver versions. The driver in my signature is the current one I'm using.


LuckyBoy wrote:Could you give us more details:
On the repro. steps and on your config:
I see you've a 1080 but do you have multi-display setup ?

No. I'm using a single monitor. BenQ BL3201-B. No other monitors or TVs are connected to the PC. Just this monitor, connected via DisplayPort.

As to the reproduction steps:
Launch ManiaPlanet from a desktop shortcut. I use the standalone version.
Connect normally.
Go to a title.
Go to map editor.
Choose Advanced editor or Simple editor (both have it)
Choose any mood (they all have the same issue) 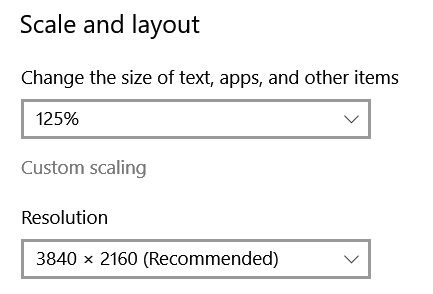 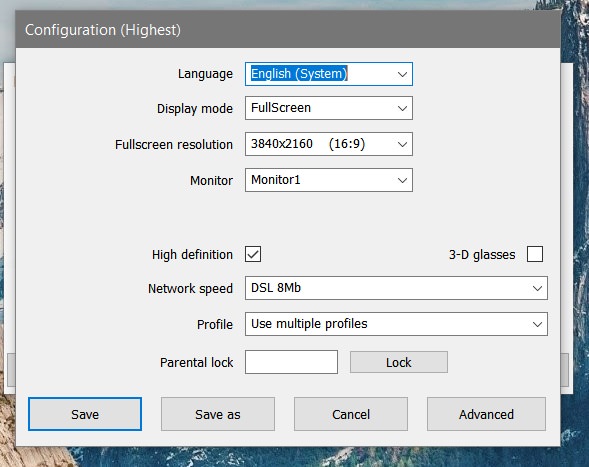 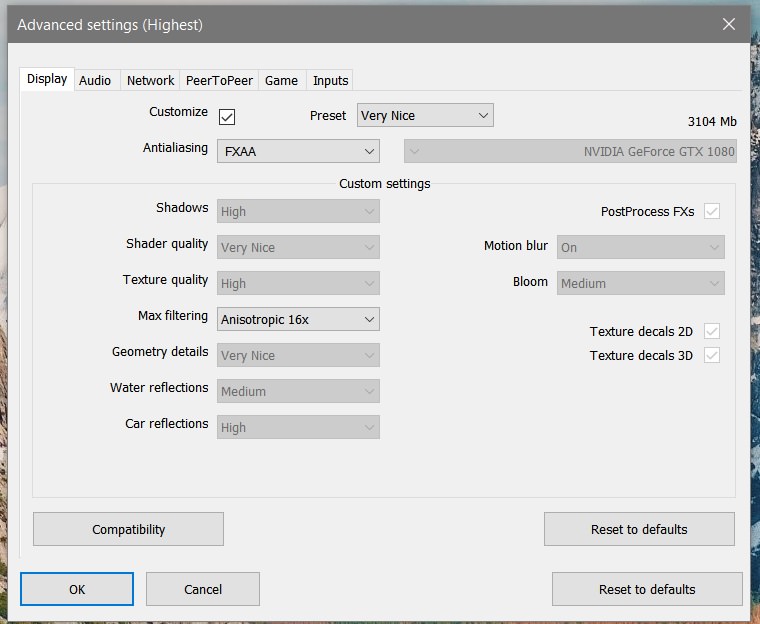 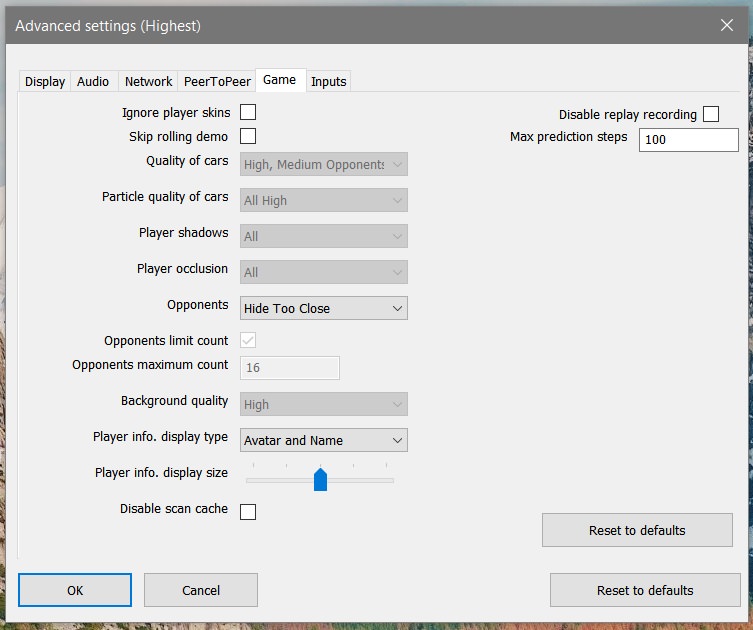 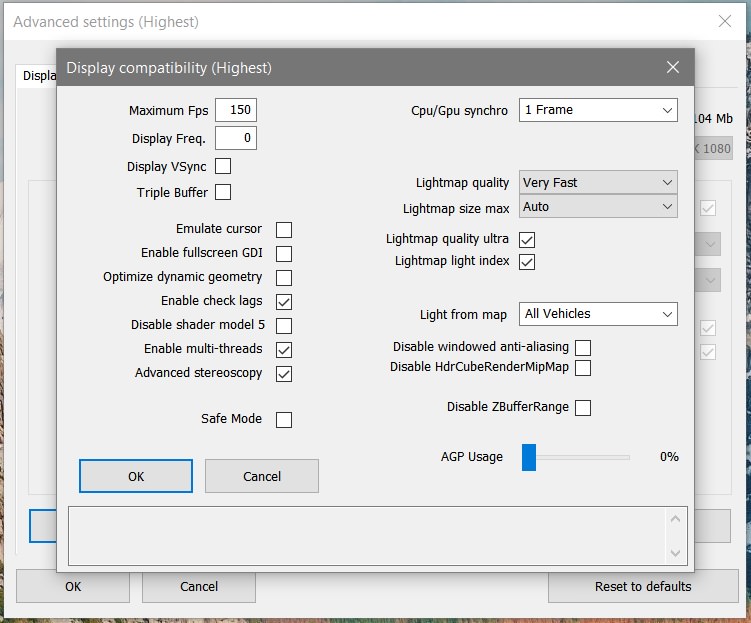 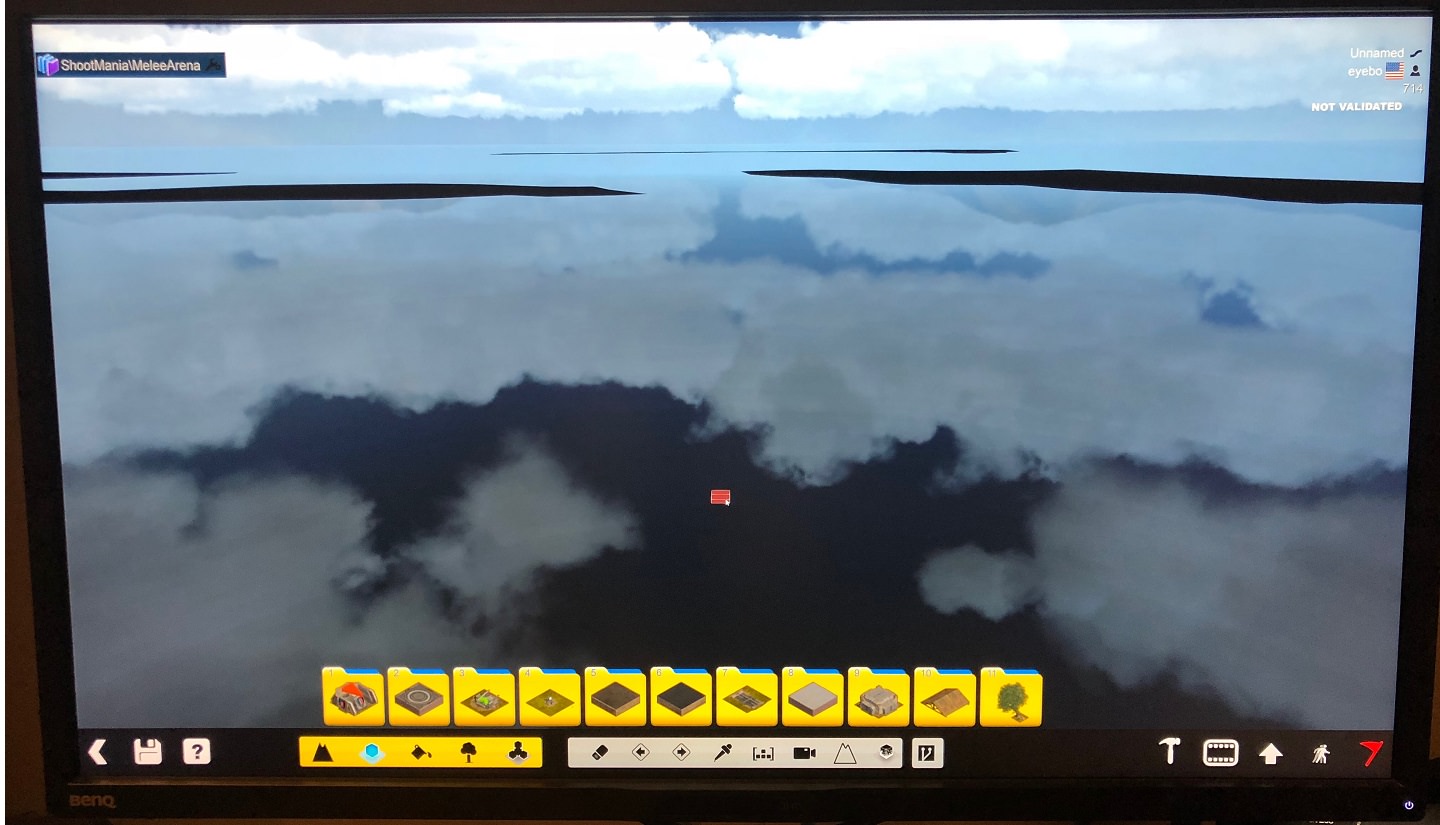 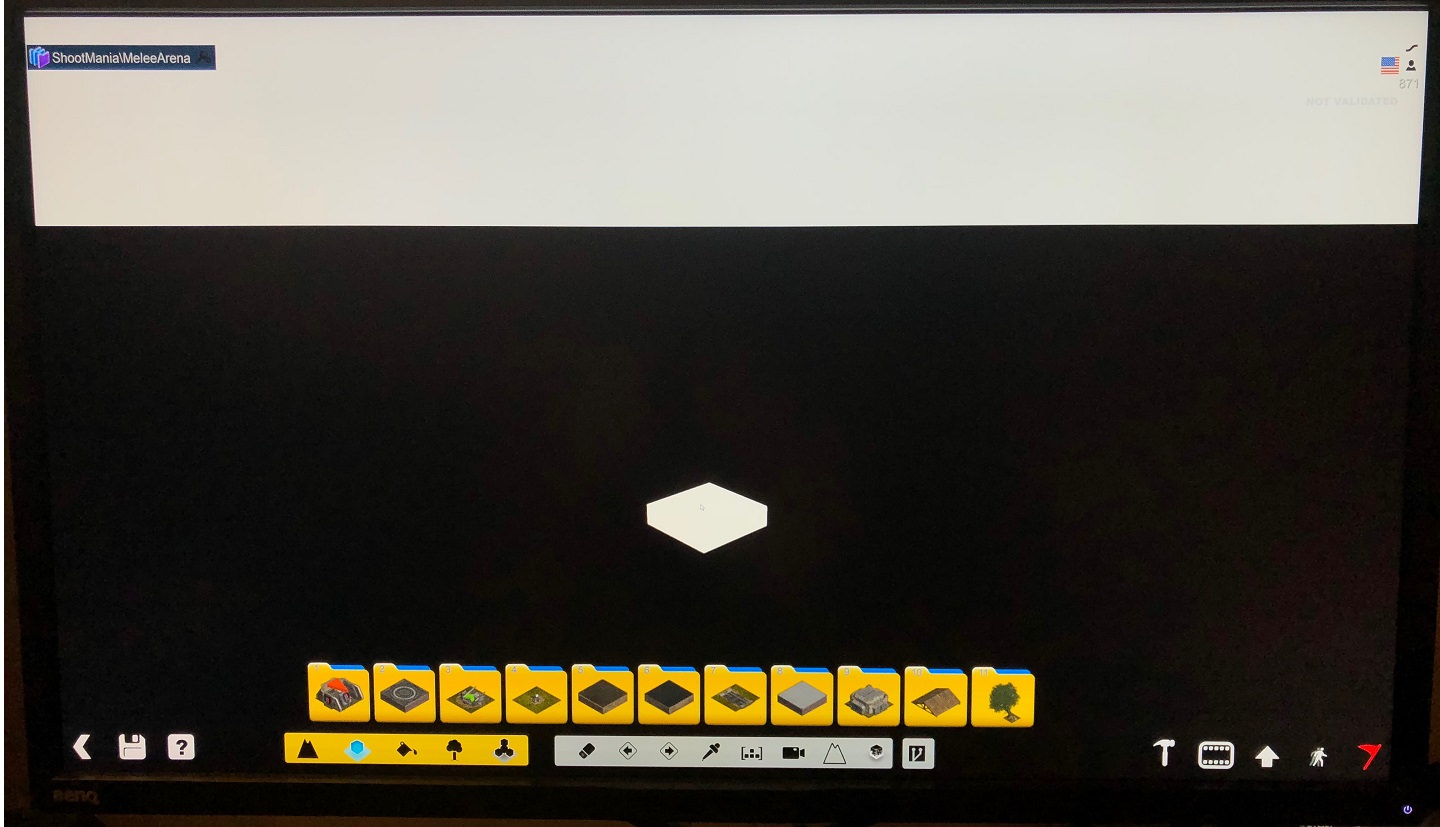 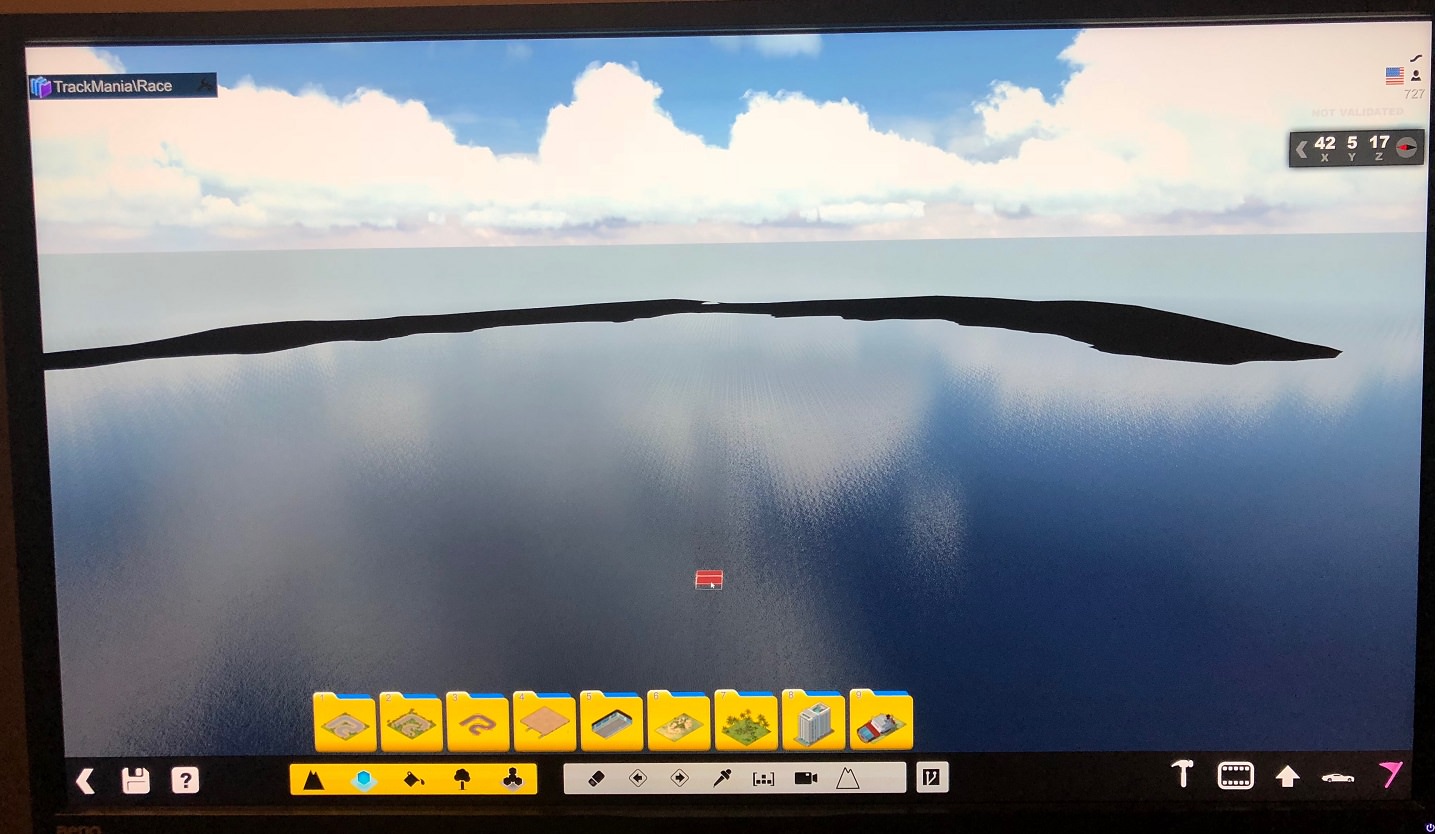 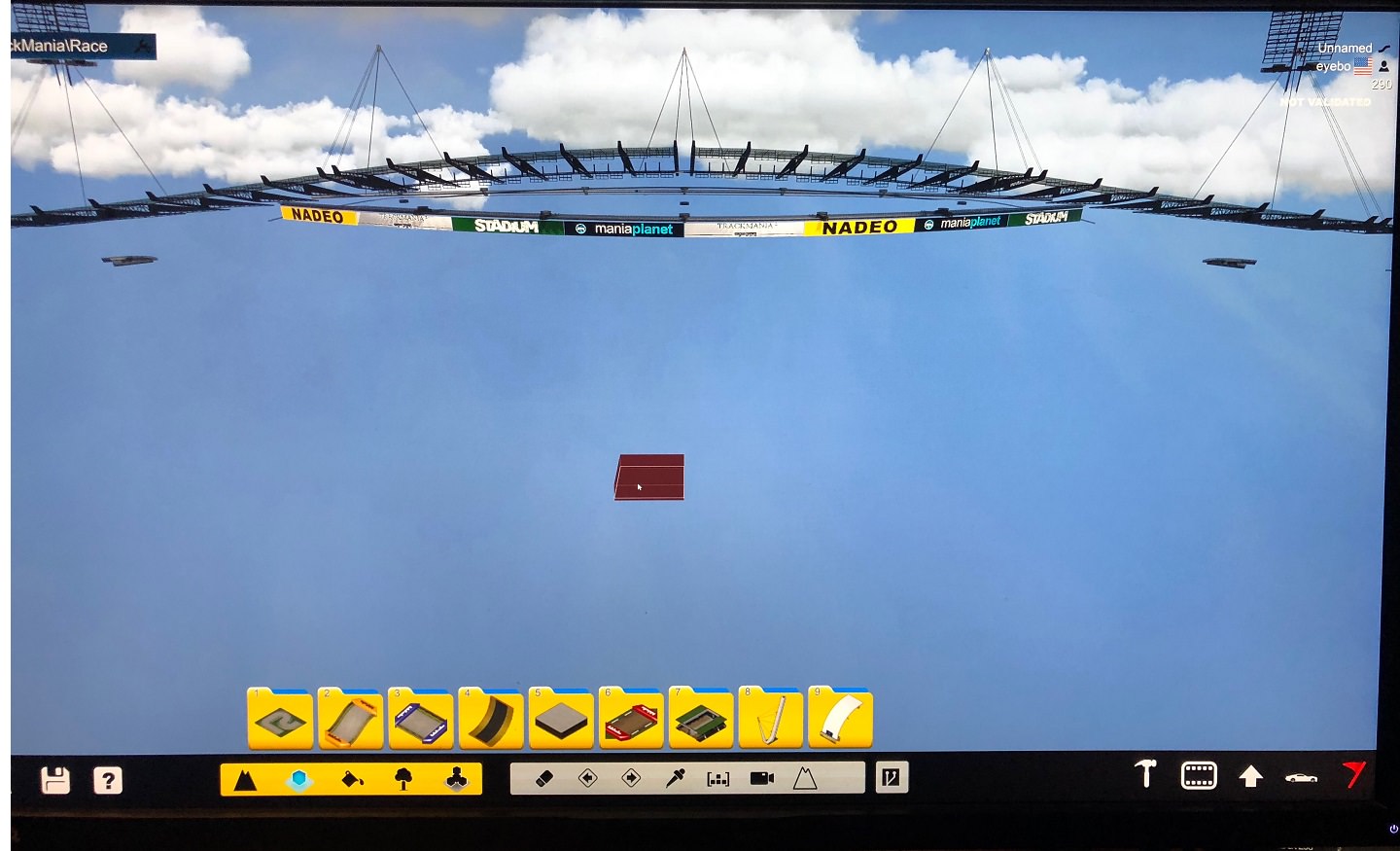 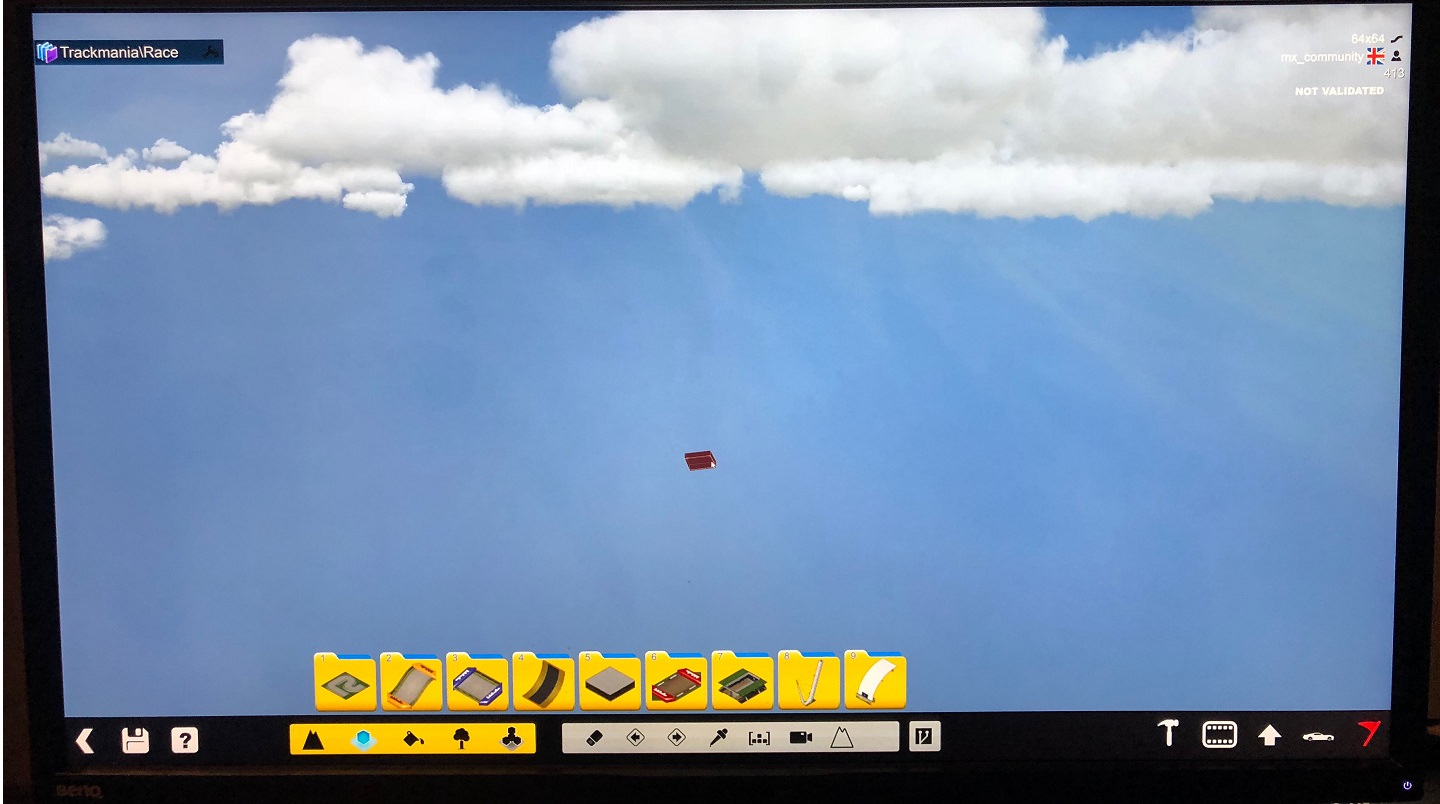 Even some of the overlay messes up if I enter a title and then exit back to the main menu. 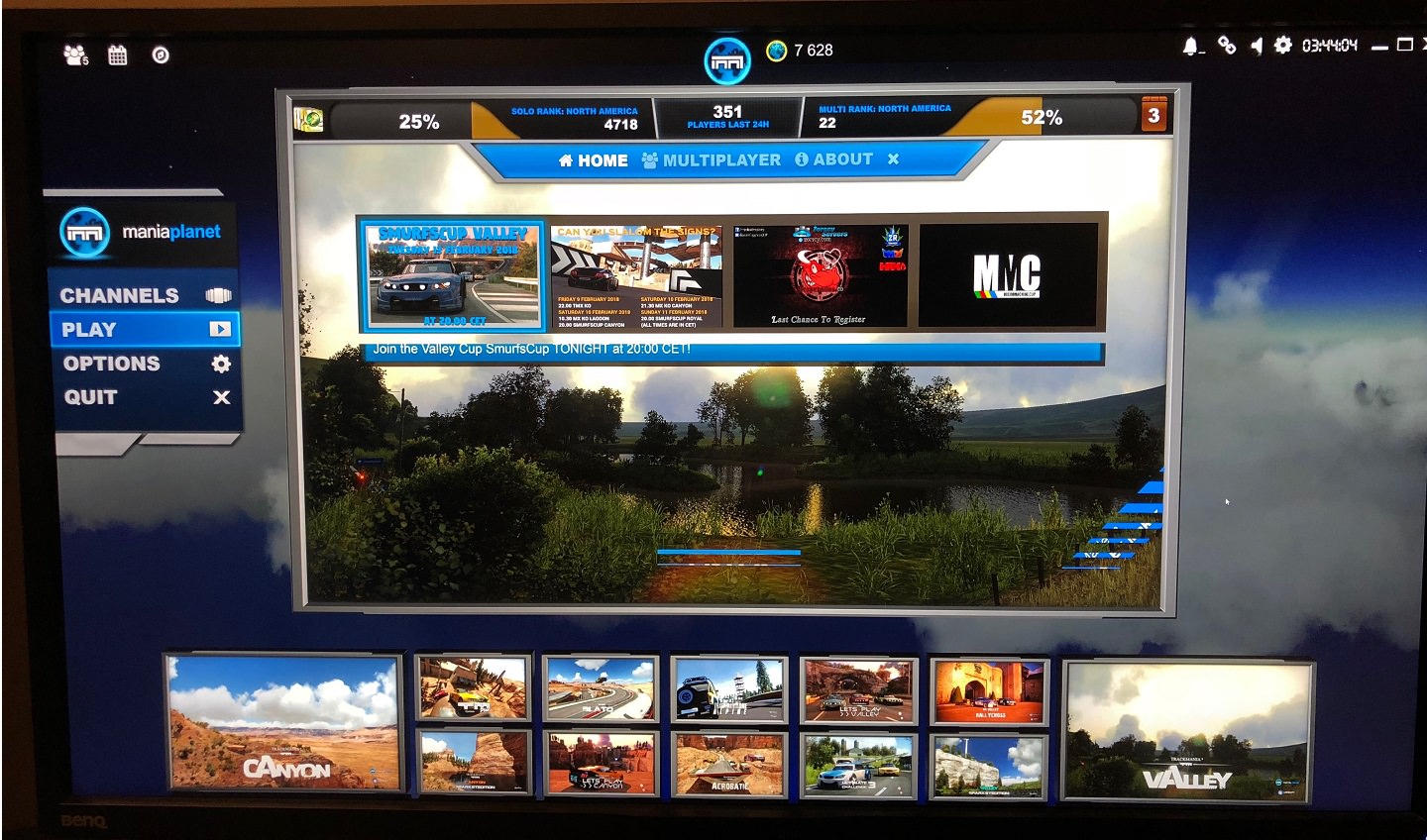 And legacy titles, like the TM2 one have messed up buttons, which disappear until I hover over them: 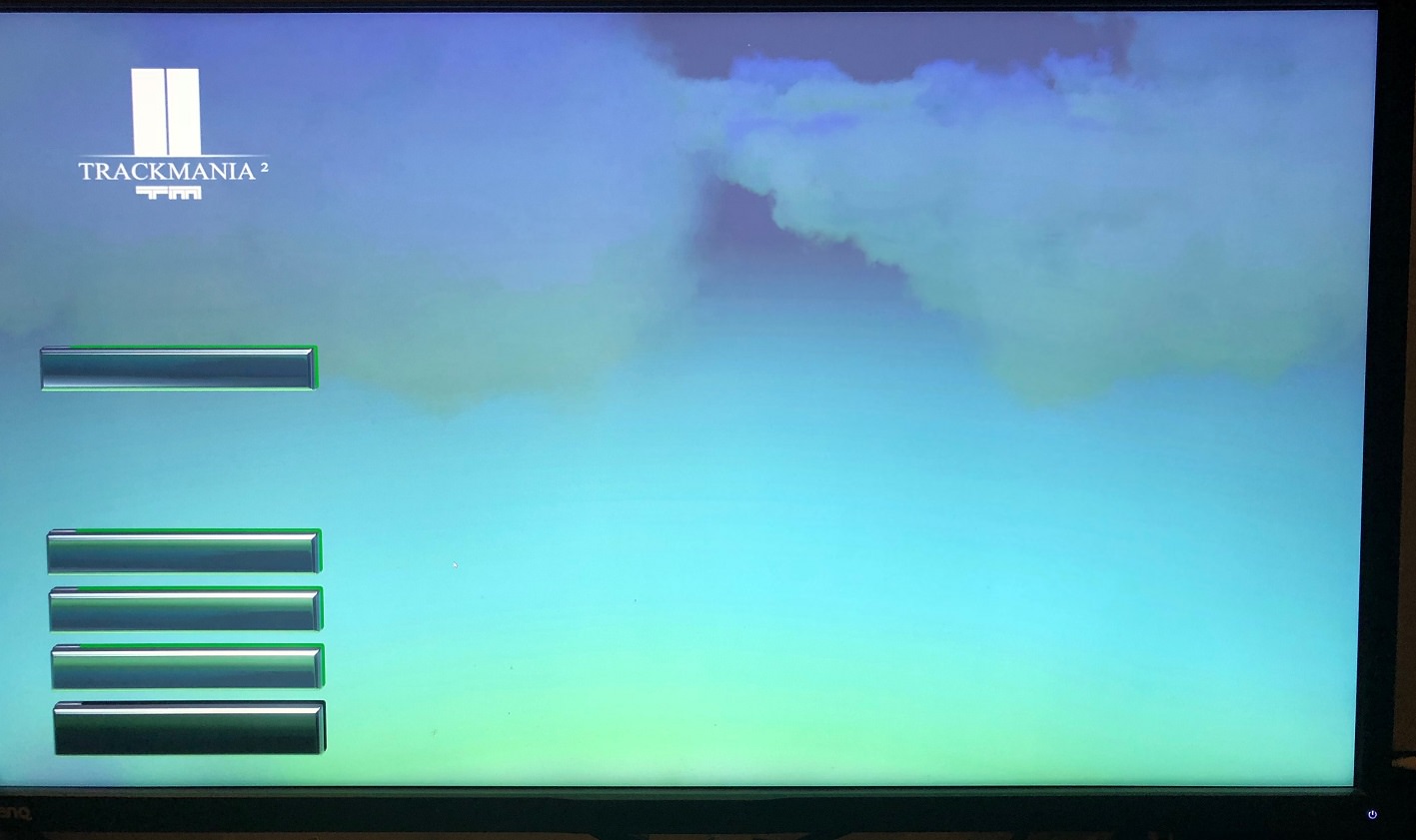 And this affects all titlepacks, not just the new maker ones. I opened the editor in TM2 multi-env and in TMOne Alpine. Both had the same issue.

In all these cases, if I tab out and back in, it fixes it.
If I go windowed, it fixes it. Going fullscreen again and the problem doesn't return. It's only there when loading the game fullscreen.

Okay, I just performed a little test. I actually have a second install of ManiaPlanet on another partition. It doesn't have the issue.

But if I copy over my Default.SystemConfig.Gbx from the install that has the issue, the second install also has the issue.

Deleting Default.SystemConfig.Gbx and letting ManiaPlanet generate a new one allows the second install to work again.

It's not the most pressing issue for me personally (since there's a workaround), but it's one I'd never experienced before, and I've had this card for over a year.

Thanks for taking an interest in the issue. I imagine more people will be picking up 10X0 series cards as time goes on and prices drop.
My tracks on: Mania Exchange (TM2) | TrackMania Exchange (TMUF)

So it also happens when opening existing maps in the editor.

A map with no validation and no lightmap: 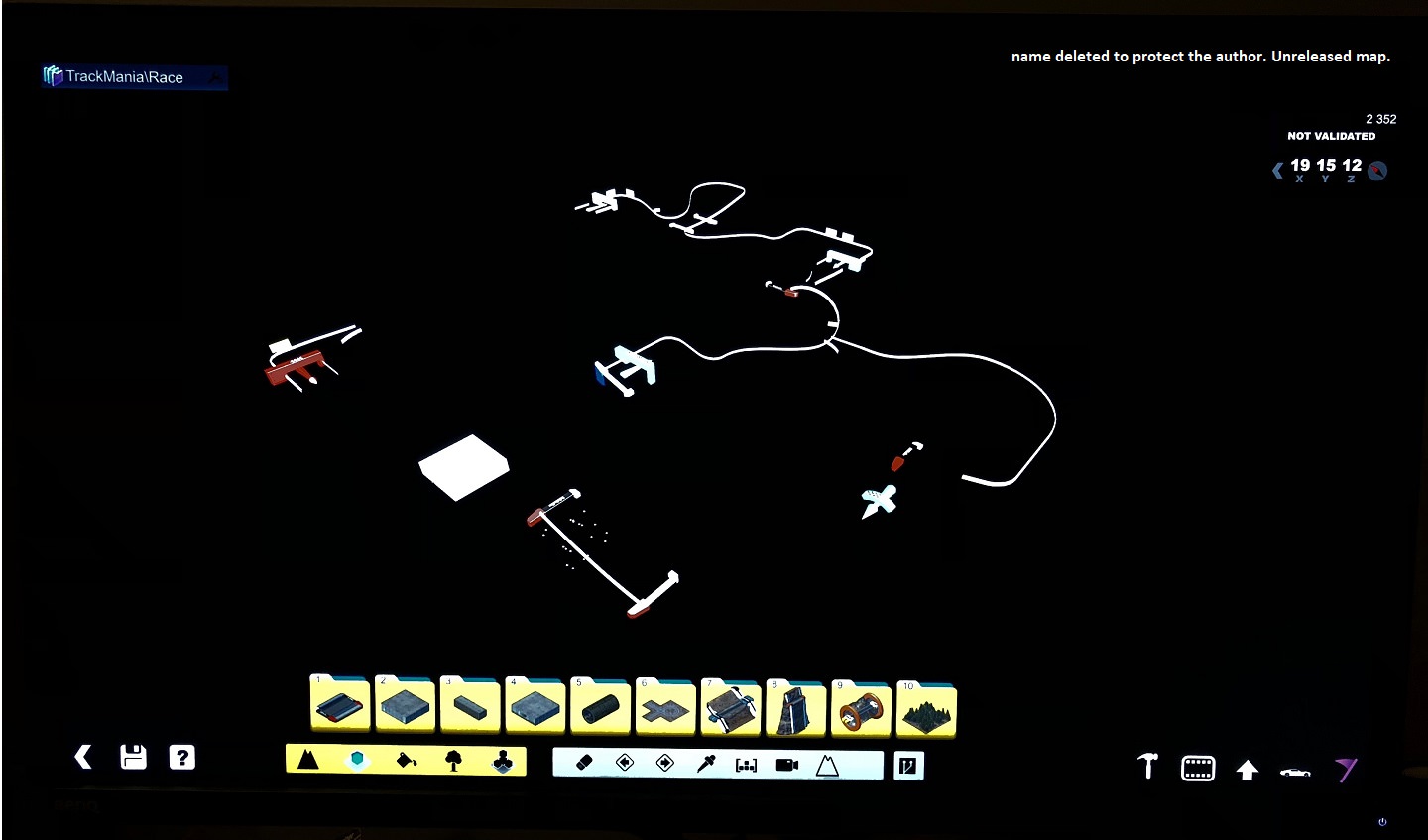 A validated map with a lightmap: 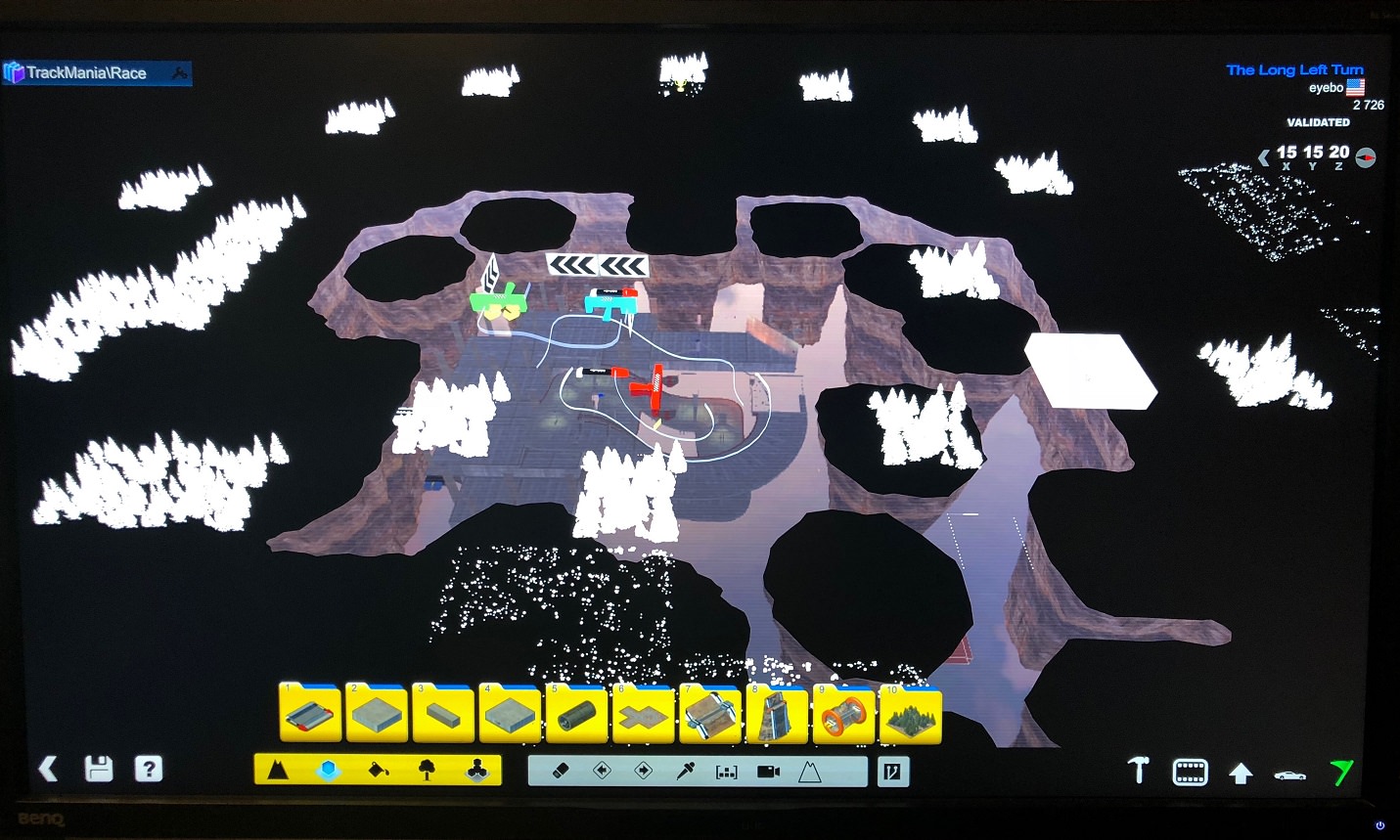 Okay, it's more than just the editor. I'm not sure why I didn't notice that before. Maybe because I tab in and out a lot to check Discord. 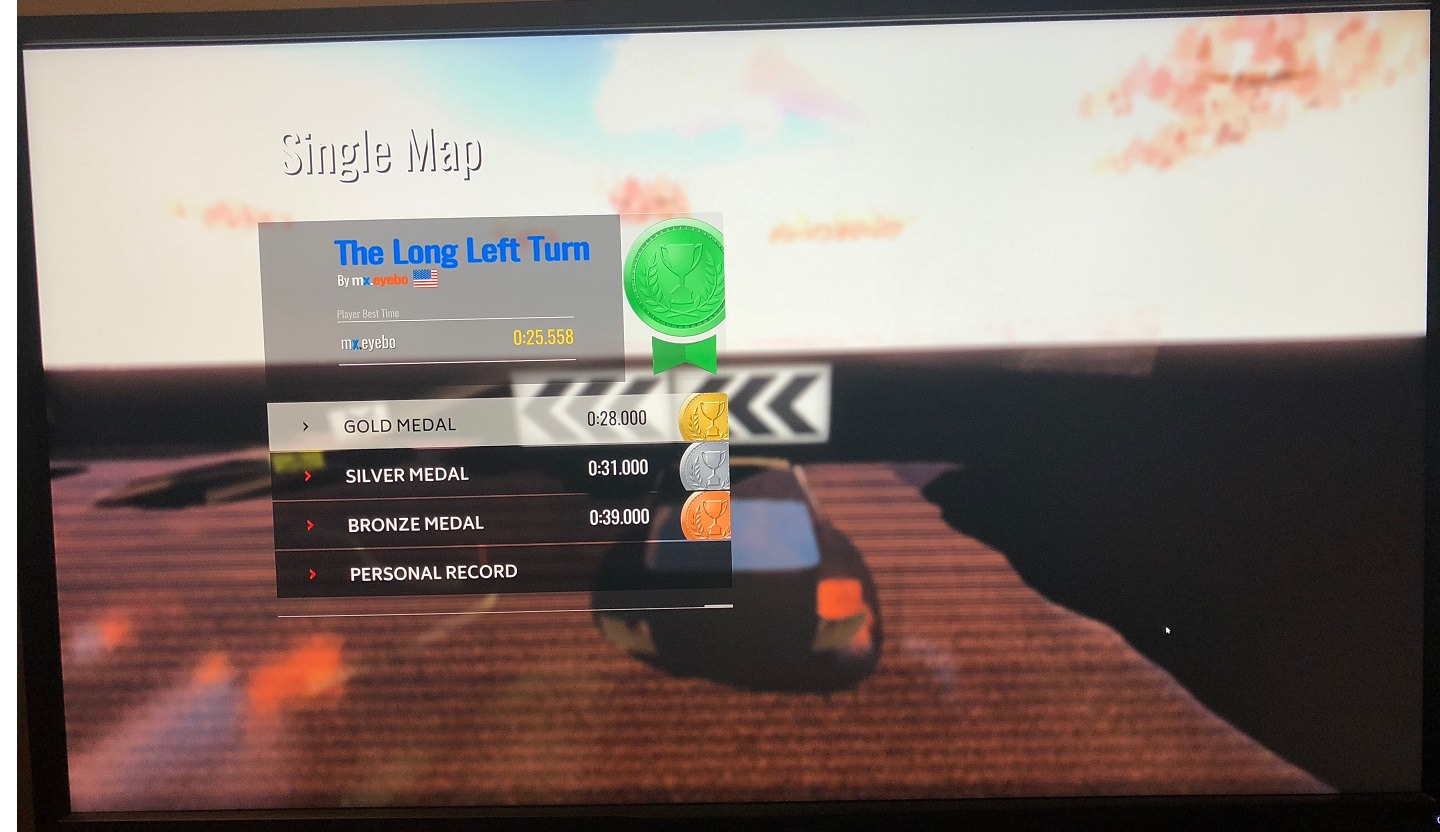 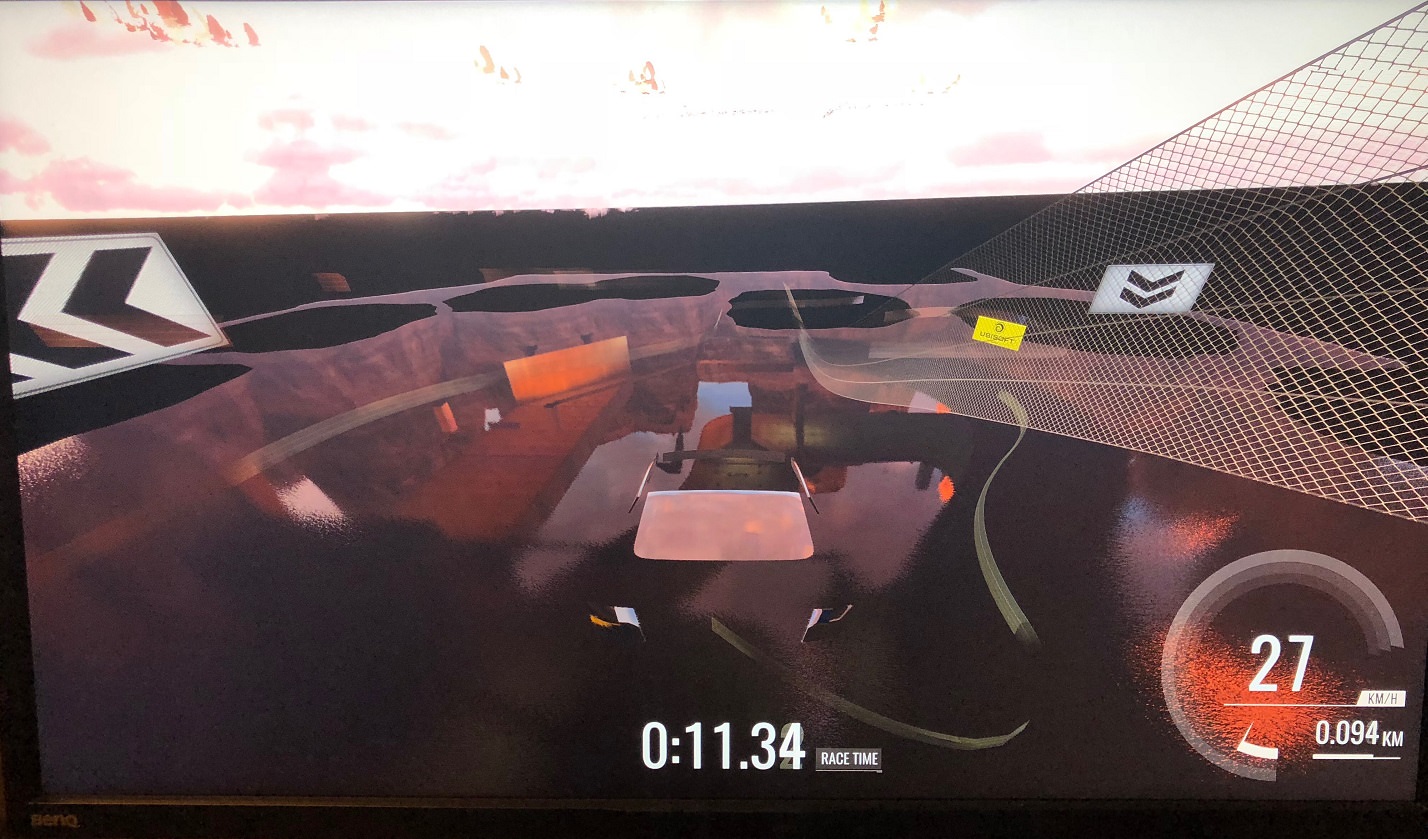 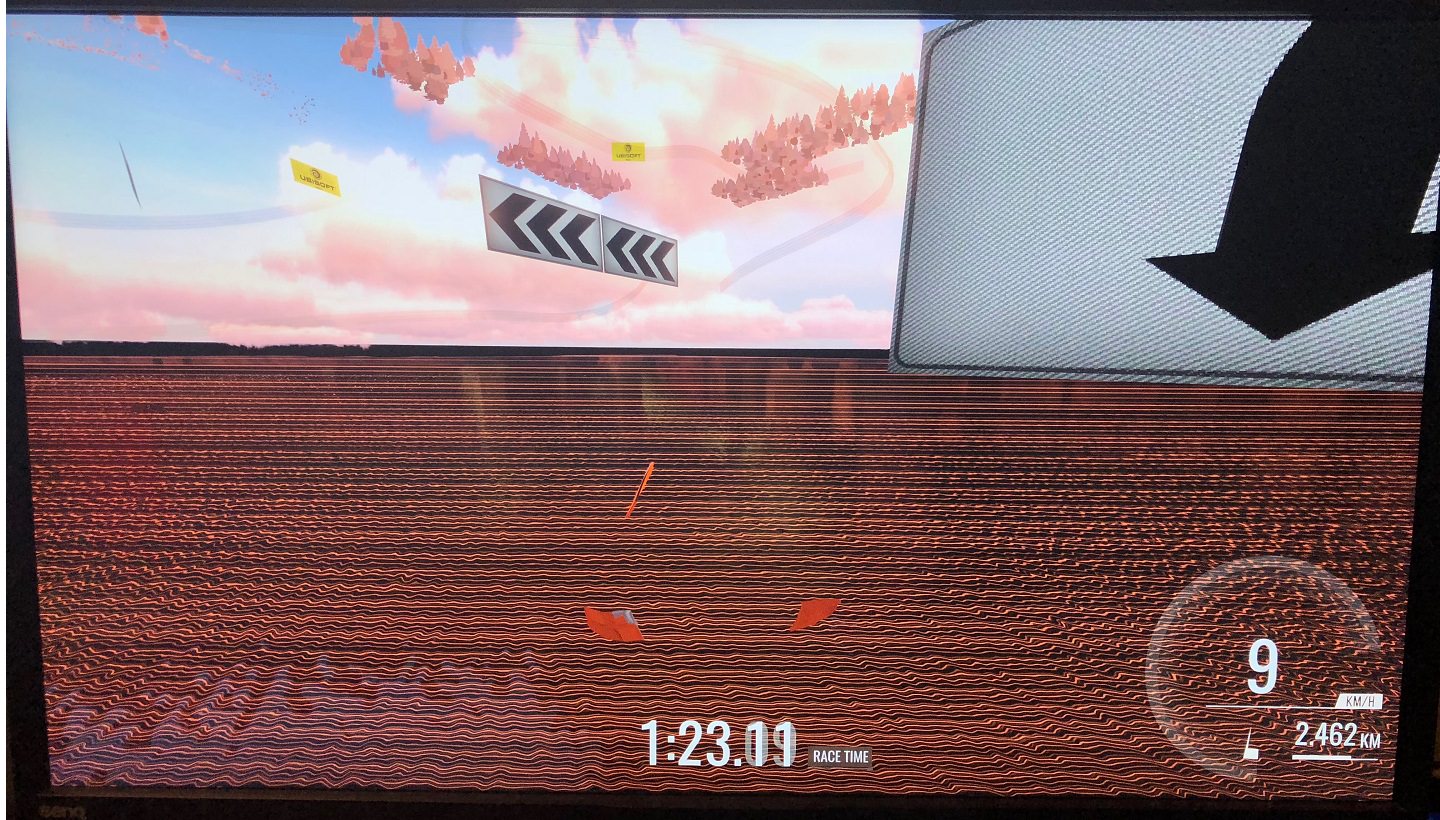 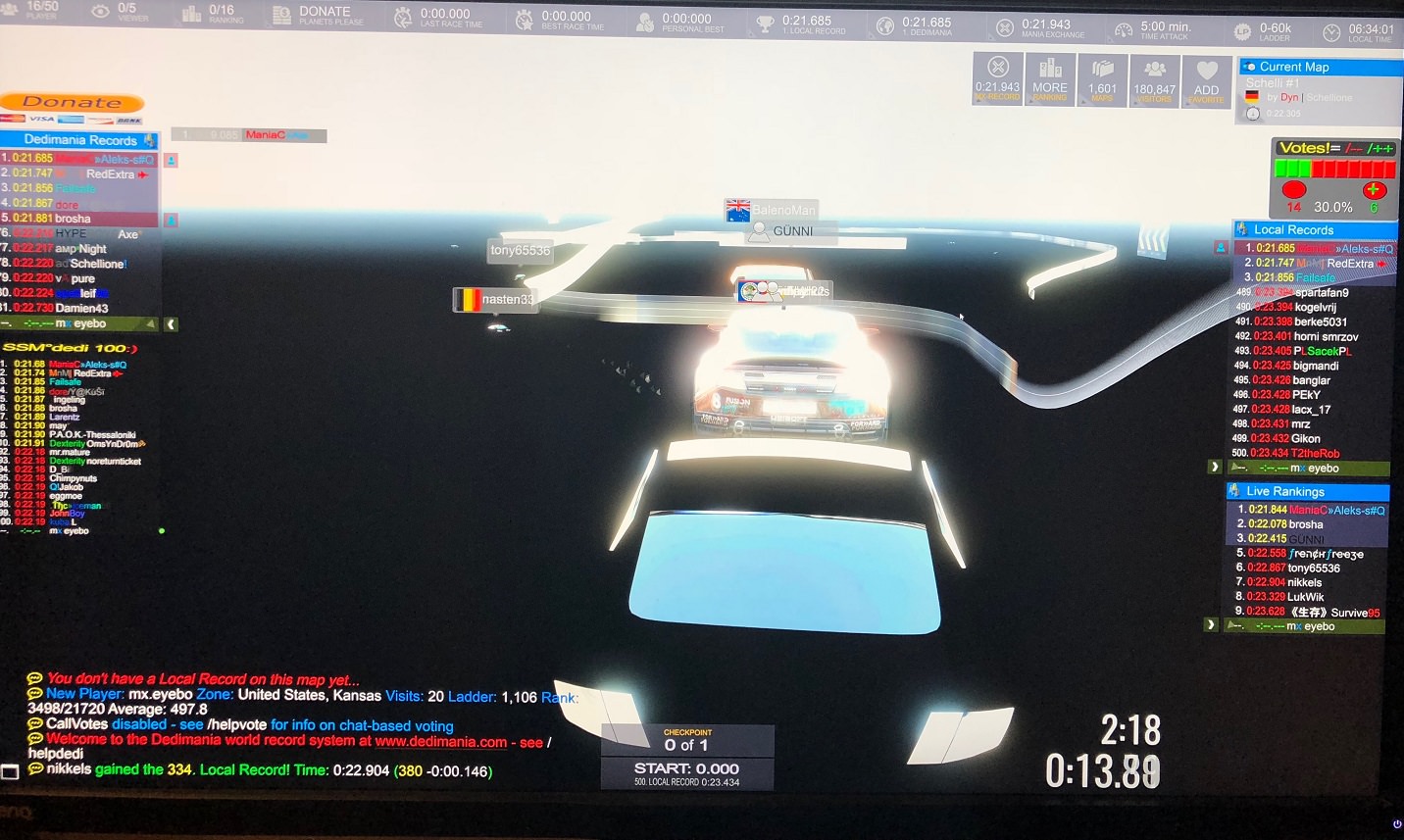 juvo says he has the same bug with his GTX 660.
But he thinks he's had the bug for a month or two, maybe.

Going windowed or tabbing out and back in also fixes it for him.

I launched my game with his config file, which is apparently set to 1080p.

And I experienced it as well. This is my PC with juvo's config: 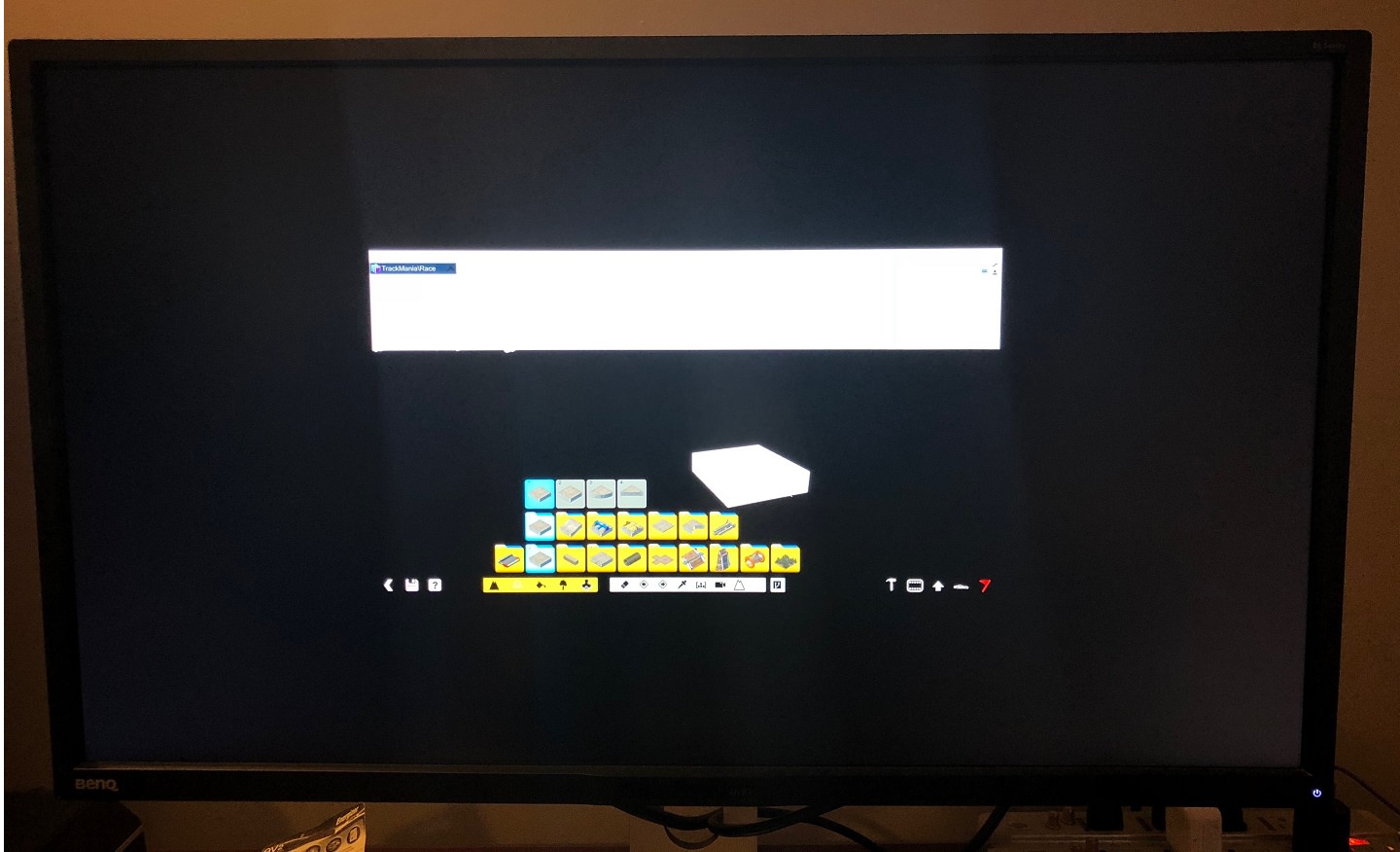 I've reported this a year (or so) ago, can't find that post... I was using a GTX 1060 at that time. So it's not new (to me).
Developer of UASECO, a controller with support of the Modescript Gamemodes for TM².
Visit the official website for more: UASECO.org

You like what I do? Then award a ManiaStar.
Top

I had some problem with black parts, not in this proportions but it wont hurt to try. What fixed it for me is i uninstantiated whole maniaplanet and deleted everything related to it than downloaded last maniaplanet and did fresh installation process all over again. Some remains from previews installation were causing problems for me so fresh installation fixed it.
My specs:
MOBO: MB AM3+ 970 Gigabyte GA-970A-DS3P
CPU: AM3+ AMD FX-8320E
GPU: Nvidia GeForce GTX750-Ti ASUS 2GB DDR5
RAM: DDR3 8GB 1866MHz Kingston HyperX
SSD: SATA3 120gb SanDisk
OS: Ubuntu 19.04
TY MICMO
Top

Perhaps deleting the shader cache will fix this?
1070 GTX, Ryzen 3700X, 16GB RAM, Windows 10
Forum moderator, opinions are my own.