[Tutorial] Play the VR campaign without a VR Set!

Discuss everything related to Trackmania Turbo.

[Tutorial] Play the VR campaign without a VR Set!

Today I'll show you how to play the TrackMania Turbo VR campaign, without having a VR Headset! And in Official Mode!
However, you will need a smartphone that can at least start a VR app (but it doesn't have to fully work, we'll get to that later

)!
You can check yours by downloading a VR app and see if it works.

The software prerequisite are :
- TMT (you didn't see that coming, did you?)
- Steam and Uplay
- SteamVR
- Riftcat
- And on your smartphone, you'll need the mobile counterpart of Riftcat, called VRidge.

Once everything is installed, I think the best thing to do is to start Riftcat, Steam, SteamVR and Uplay at least once before going further.

Now, start Riftcat, and also Steam.
In Riftcat, you'll have to choose a way to detect your phone. Choose Automatic. 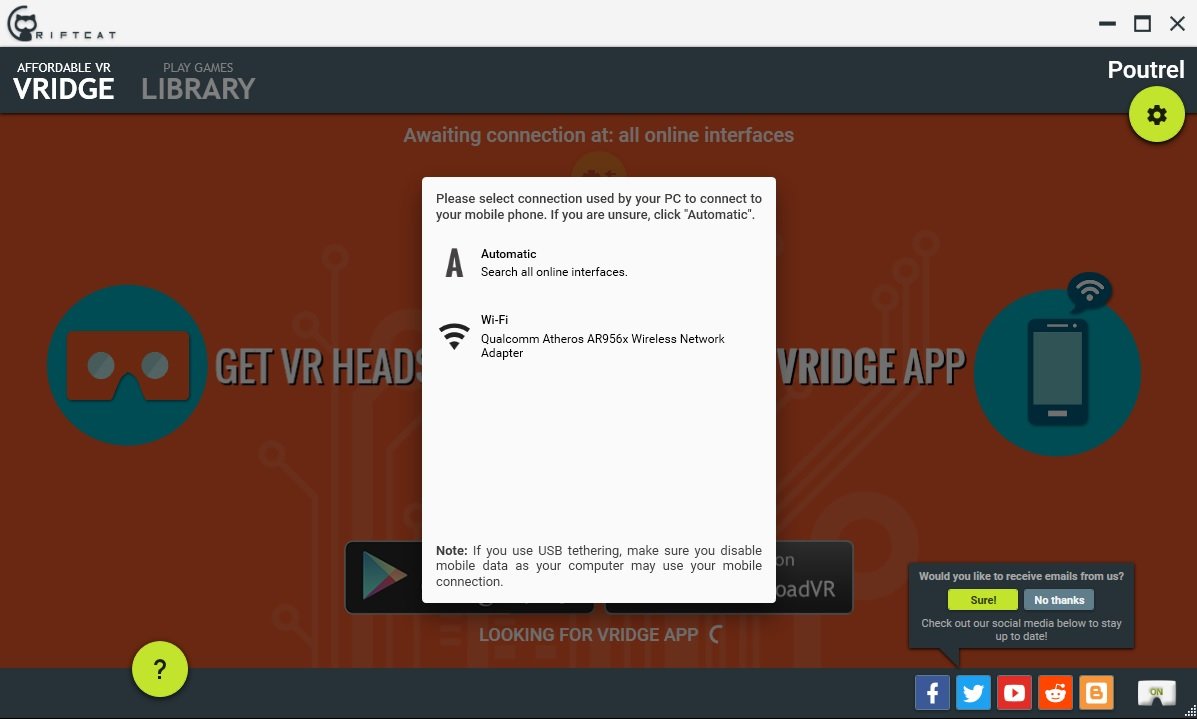 Now start your VRidge app on your phone. Once it is started, confirm o Riftcat. 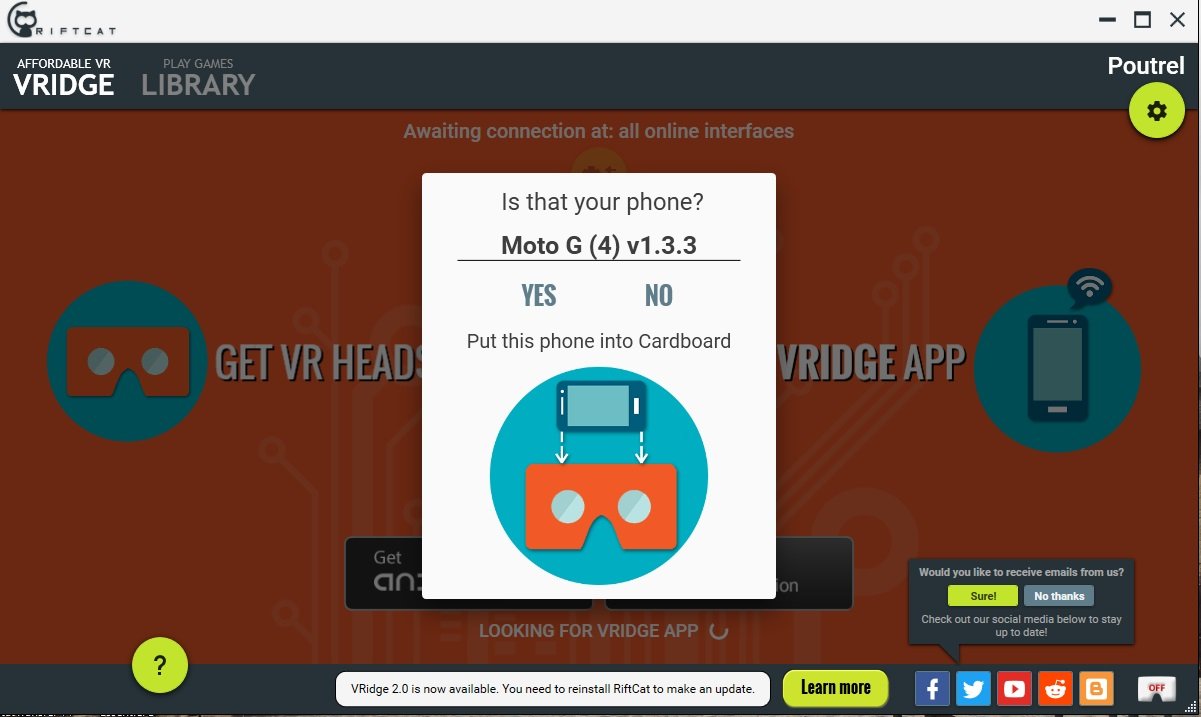 If everything is OK, Riftcat should now look like that : 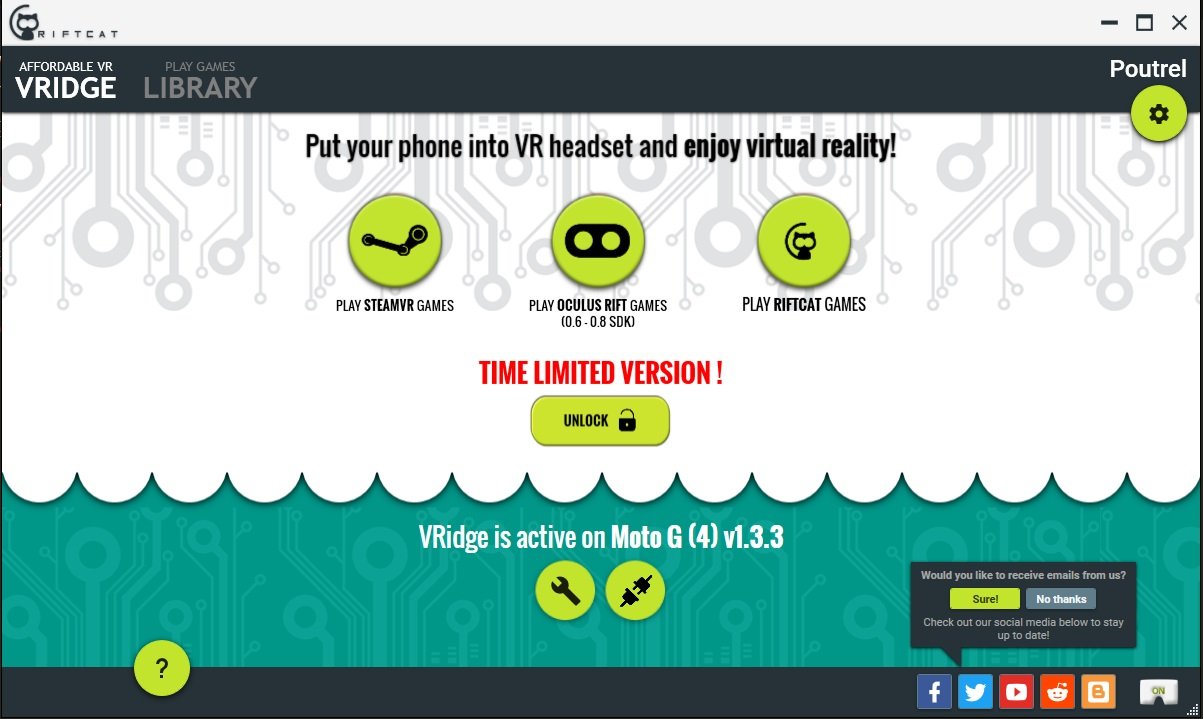 In my case, I struggled a lot to get SteamVR to work. If SteamVR starts but states that it is Unavailable, you might need to restart Riftcat and SteamVR. We're now entering the tricky bit!

Hopefully, you 'll get to that point :

Now, IMPORTANT :
Get your smartphone standing STILL in a vertical position, as if taking a picture/video in landscape format.
(Also I think your phone needs to be parallel to your screen, but I'm not entirely sure). This will define where the camera looks ingame (as you won't be able to move the camera...). Leave your phone like that with the VRidge app ACTIVE until TMT is started. 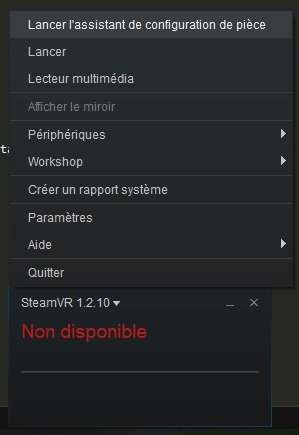 Now select the "Standing only" (second option on the screenshot) and just follow the tool. 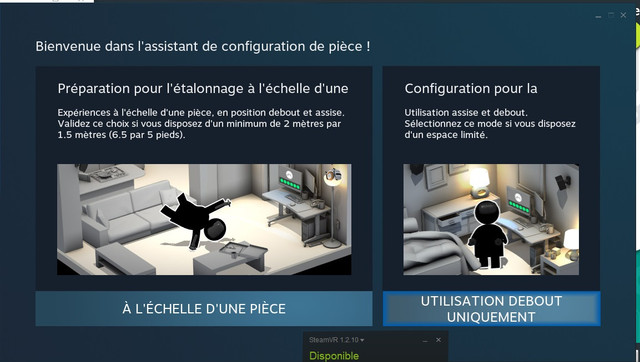 Once you are done, go to Steam games library, and launch TrackMania Turbo in VR mode. 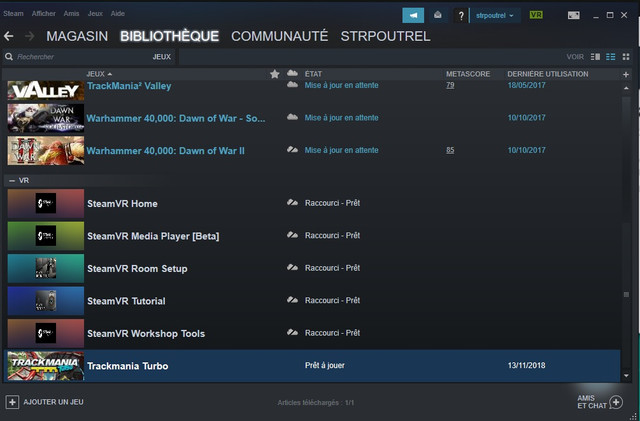 I strongly advise to set graphics settings as low as possible!
For example, my computer being not very powerful, it can run TMT in the lowest settings at 60 fps. But in VR mode, this goes down easily to 10/20 fps... 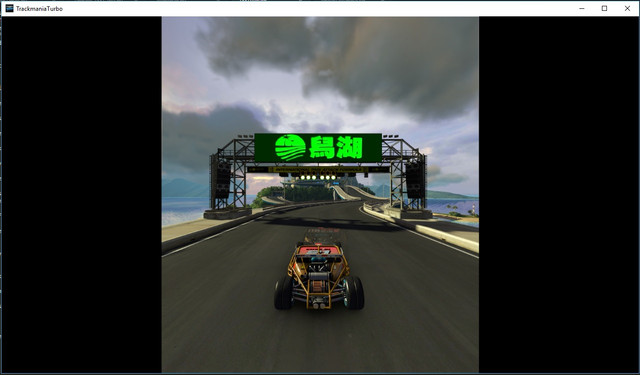 Notes :
- It really took me a lot of struggle to make everything started. Especially SteamVR didn't want to start at the beginning.
- In my case (Moto G4), the game won't stream on mysmartphone, but that doesn't matter at all. As long as your phone is detected as a VR set, TMT will allow you to run the VR campaign.
- Once you've reached the VR campaign, you can stop VRidge, and put back your phone in your pocket

But if you stop the app before TMTis launched, the VR set will be considered disconnected.
- If, before TMT is started, SteamVR indicates that your VR set is inactive (the "H" icon will be black), just click again on Play SteamVR Games in Riftcat.
- Spare my only WR thanks

Please, if some points were not clear enough, feel free to give your feedback!

Re: [Tutoria] Play the VR campaign without a VR Set!

Is this guide really only to play the VR maps on PC? Not even with a cardboard VR? You're missing out..

(Also, I can probably make an Openplanet script that loads the VR maps in the regular game without using VR mode, if anyone's interested in that)
1070 GTX, Ryzen 3700X, 16GB RAM, Windows 10
Forum moderator, opinions are my own.

Re: [Tutoria] Play the VR campaign without a VR Set!

Not even VR cardboard needed

But otherwise,I'll be glad too to play those maps "normally".
And even get the 240 map files for that matter.

If that's the only good thing that came out of this tutorial, it'll have already served its purpose well!

EDIT : Ok, didn't thought that simply extracting the files with OpenPlanet was an option.
But Miss, could a script allow to play these maps in Official Mode?
My YouTube Channel
Nadeo Maps Archives
Top

Re: [Tutorial] Play the VR campaign without a VR Set!

Re: [Tutorial] Play the VR campaign without a VR Set!

Indeed, you also need to have the VR camera.

But thanks Miss forOpenPlanet, as it allowed to play the maps in normal mode in the Editor