Post edited with the announcement of the new release date of Trackmania on July, 1st:

As you may know, the biggest international Trackmania competition, the Trackmania ZrT Cup already was cancelled due to COVID-19. Also, our teams have been adapting to working from home, and even though we already are back to a good level of efficiency we need some time to make up for the transition. As a result, we have decided to release the new Trackmania title on July 1st instead of May 5th.

We know this is disappointing for those who were looking forward to getting their hands on Trackmania in May, but we believe this is the best choice for our players and our team, especially given the current circumstances.

We still wanted to share with you more of our work, so here is another glimpse into the game with a new Trackmania® video.


We are still motivated and working hard to perfect our creation tools, racing experience and in-game competitions. We can't wait to create and race with you in July! 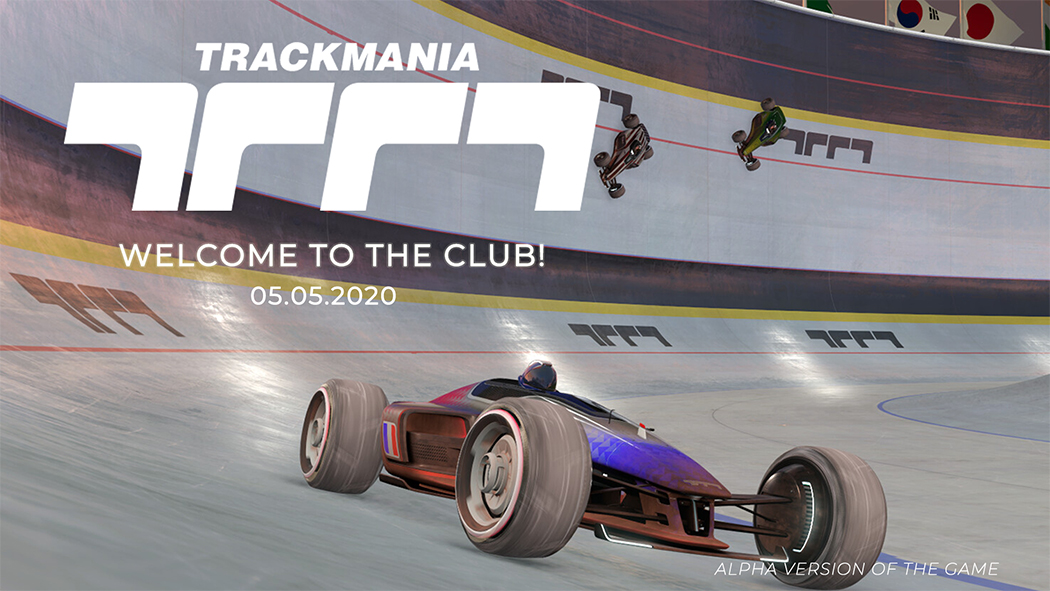 Welcome to the Club! Trackmania is just around the corner!

I open a thread dedicated to the announcement of the new Trackmania so that we can gather information and feedback in this thread.

And there are already two interviews from Hylis available:
Ubisoft Support
Your Player Page

Can not wait to start building in the new blocks

There's already some feedback on this thread

The main interrogations are :
- Is the game related to Maniaplanet in some ways or no ?
- Is it the first brick of a way bigger TM game (more environments and stuff), or a single stadium "service game" meant to evolve with saison content, and possibly free to play to gather as many players as possible ? In that case I hope NADEO has another, bigger project in the box...

And now my wishes :
- If the game is Stadium only, I really wish to see new cars with different physics coming with the saison content. I like Stadium but I've been playing it for so long... New gameplay would be very welcome !
- I also hope for a mode with cars collisions. It's really fun when done right (like in Wreckfest). And if combined with crazy TM tracks, it would be a nice new way to play TM !
- Please add a rollbar to the car model. I feel bad for the drivers neck.
Top

I hoped this would answer more questions.

What about ManiaPlanet that was supposed to stay forever? Is all the community content done for nothing?

Also can't it have a proper name? This trendy reboot style name feels so lazy

I still have faith in Nadeo, but this moves just feels like you need to please Ubisoft and zerator.
My YouTube Channel
Nadeo Maps Archives
Top

My only question is: "Does bugslide, uberbug and nosebug still work on the new game?"
Stadium wouldn't feel right without them even though they aren't used that often.
Top

Poutrel wrote: ↑
02 Mar 2020, 11:55
What about ManiaPlanet that was supposed to stay forever? Is all the community content done for nothing?

I think Maniaplanet will stay as it is, a home for Shootmania and all the TM content made till now.

The new game should be, Stadium remake aside, something 100% new. And I agree with you, competition and e-sports shouldn't be the only focus. Games like Fortnite or Rocket league mostly works because the gameplay is FUN and FRESH. So I hope this new TM will be more than just new blocks and (eventually) new environments. As long as there is an easy-to-use map editor and a time attack mode, it will be TM. All the other stuff can change !
Top

I wish you the best with this new Trackmania o/. I may be too enthusiastic about it, but i hope you'll be able to reach something similar in the racing genre to what GGG did with Path of Exile in the hack&slash genre.
Top

I'm willing to support NADEO because I believe you still haven't realized the potential that lies in Shootmania (especially modes like Speedball)
And I will buy the new Trackmania although I probably won't play it.
But I expected more in this announcement than just some user-made screenshots and a release date

What about the features? What about your Vision for this? What about Maniaplanet or Shootmania?
I hope we will see something concerning these things very soon
Top

My thoughts (Personal Opinion!):
Menu:
- The Menu looks too overwhelming with it's too big elements and the background doesn't seperate the foreground enough.
But I guess the menu will see some big changes in the future anyaway as it looks more like a concept in the demo.

Game:
- Making things simple is fine, but this goes a bit too far:
- The supports below the trackblocks look too simple and too massive/big. I guess they can be disabled by using mixmapping so they are floating as they are when you're building above another track but that sounds laborious. I find it much better to handle it like in TM²S with floating track and let the creator handle the supports. 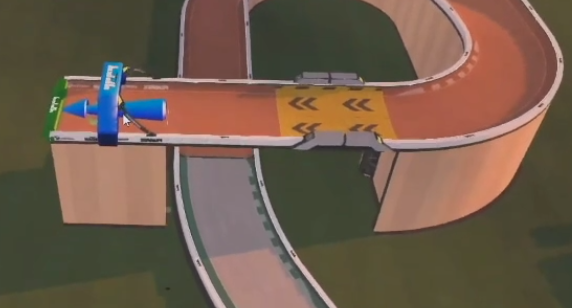 - The white barriers around every track blocks make everything somewhat look the same. Overall I think the blocks are missing character and i'm not a big fan of the ramp design at the end of the demo track (preferred the grid look from the old games).
- The car model is... a matter of taste i guess. I hope we'll be able to still use custom 3D-Skins (?) or maybe you even provide the classic model.
- Respawning with the same velocity as you passed is a nice addition, though i would change the system to tap respawn once for simple respawn and double press for the new variant to keep it more intuitive for those who played Trackmania before.
- Gridless placing of blocks is a great addition, i actually posted that back on the MP4 wishlist, so nice to see it being added.
- The Logo looks more like TN than TM

My Questions:
- Will the old bugs, nowadays actually known as features, stay or will they be removed? I'm talking about stuff like Nosebug, Grasslide, Speedslide, (Neoslide (Probably not even really a bug),) and so on.
- What was the main intention for this game? Rebuild the System behind TM to get rid of problems, redundancies and other flaws? Because I don't see a need for another Stadium remake since TM²S is mostly.. perfect I'd say. The biggest Problems I had with it were ManiaPlanet related.
- If you're trying to make things simpler again, will we loose features for customization or creation? Gamemode/Scripting, ManiaLinks, Skins, Mods, ... (I think that would greatly be against the spirit of TrackMania/ManiaPlanet)
- I heard rumors that you are trying to get rid of wallbangs in competitive TM and maybe the reason for the new rampdesign is also that you're trying to get rid of tricks. IF SO (and I wanna make clear that this is an assumption): Why? getting rid on individual lines, styles and tricks would only lower the skill ceiling. The Mapper should be responsible to block unintended lines. If this is just a rumor without any truth to it, feel free to ignore this.
- What about backwards compatibility? (Maps, Skins, Mods, Modes, Replays, ...)
- Will this be ManiaPlanet or Standalone? If Standalone: What will happen to ManiaPlanet and TM²S? Will we see these improvements (for example gridless placing of blocks; core system improvements) in ManiaPlanet? Or will ManiaPlanet potentially be based on this new TM in the future?
- Will this come to other consoles? Maybe even (hopefully) with crossplay? I could even imagine this on Mobile.

Conclusion
There is not a lot of information we can get from what we've seen so far. The main aspect I can see in the demo is a drastic change in (visual) style - which is quite striking and might not satisfy everyone - and an effort to make everything simpler (again). The Demotrack(s) only showed the raw track which doesn't look that beautiful and might set some people off. It would be helpfull to see a fully mapped out track with decoration to get a feeling for the style of the game, but if I remember it correctly you said that there aren't all the blocks in yet so I can understand that if that's not possible yet.

Many Players are confused about and fearful for what this will mean for the future of ManiaPlanet, so please give a clear answer to that topic sooner than later.

If you're doing this thread to get feedback I would like to see an official Statement in the upcoming weeks actually answering the most important of the questions asked here. We can't give a lot of feedback when all we have is a preview on visuals and a rough explanation/suggestion of new features.
Last edited by Zeraxex on 10 Mar 2020, 23:17, edited 14 times in total.
YouTube