All the medias created by the community.

I really like the camera position. Feels like I am actually the guy who is driving in the mud.

tombuilder wrote:I wish I would have more time for Screenshots. iRacer is a screenygod! I think, in your screenshot, you need less of Shadows. or where is the main subject? I understand it what you want to create - dirty image. a strong contrast doesn't helps you in it --- I THINK. I think you understand my tips?
I like this - 50 \ 50

omg I can not give good advice or criticism.. I am a bad critic

ur right, epic camera angle, but too much shadow & not rly a focal point.
Maybe a quick "fix" for the best screen ever :p?
The neverending waiting game has to stop.
Top

Thx for the tipps, I surely take them into account. I`m not that much a fan of realistic looking pics, so maybe that doesn`t fit to everyones taste SuperP wrote: Thx for the feedback

What i've tried to achieve with the cop car was more like a need for speedish situation[nothing realistic], you know when the cops are lurking around the highways on the roadside ready to jump in the pursuit

Here's another version with a more marked cop car: you're interested me =) I too try to do it shortly

hey, SuperP, here i am with your idea with this situation! 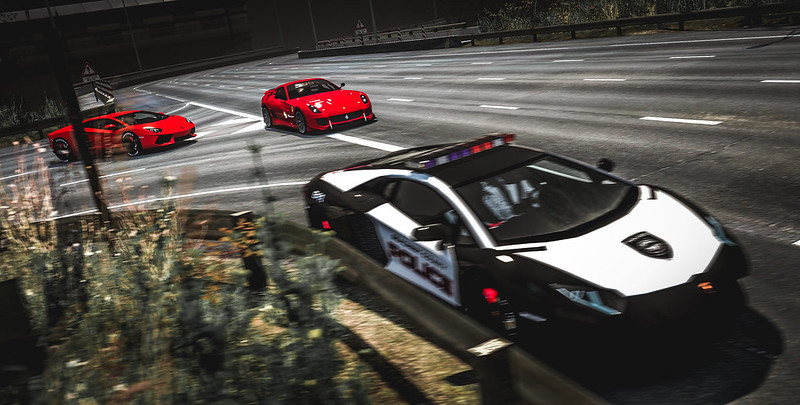 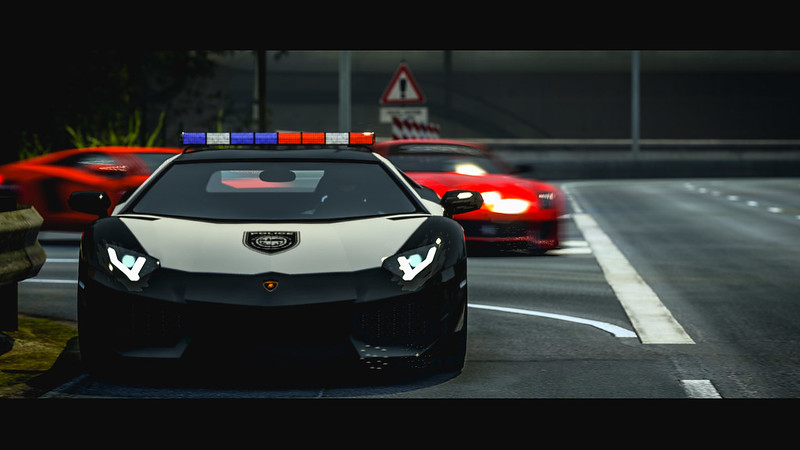 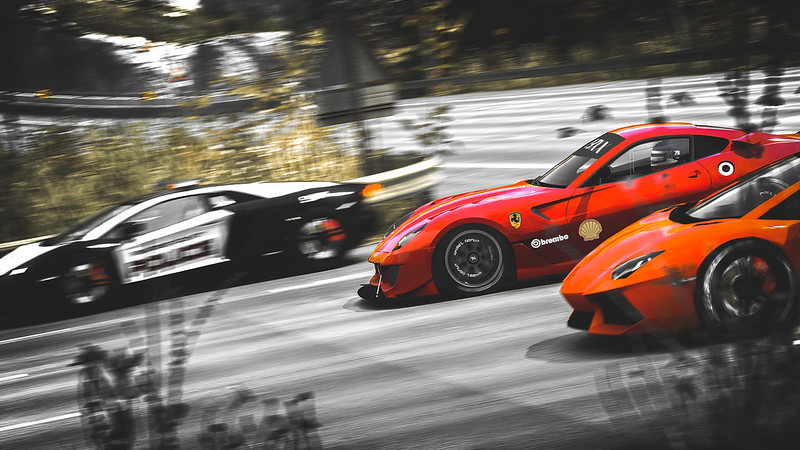 SuperP, I want to know your opinion 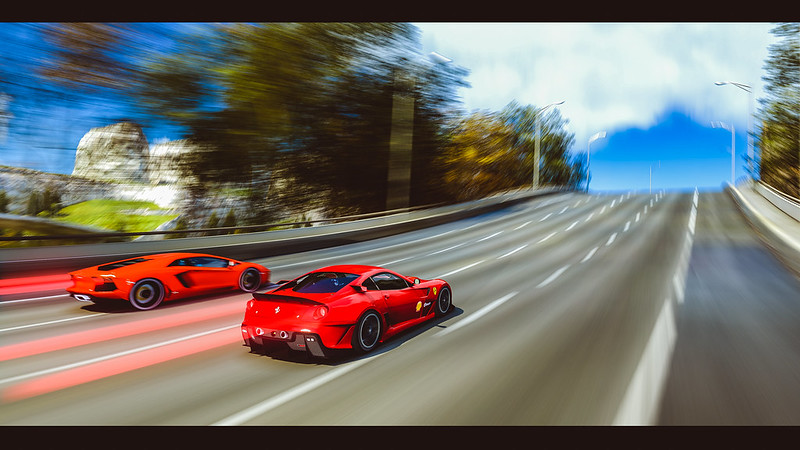 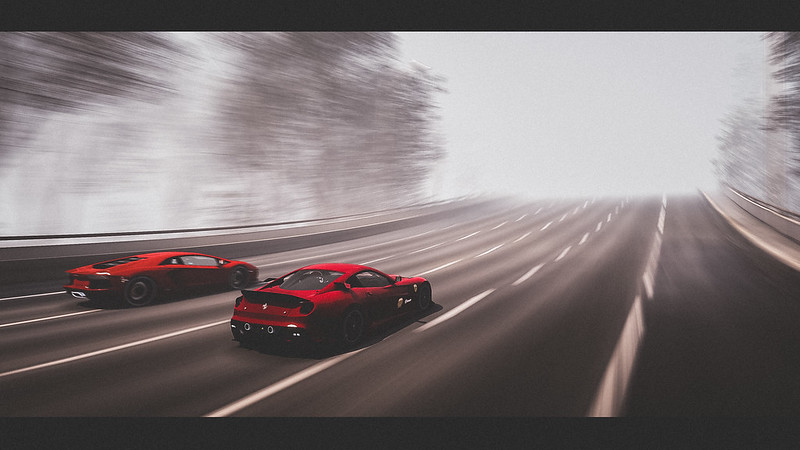 but all i can say is that screens are failed
1) the lambo and furrari aren't moving, if you look at the wheels, they're not spinning, but there's a motion blur which has no sense at all
2) the whole composition has failed, as there are many flaws in rendering i guess, the headlights are all glitched, the strange lights apear from nowhere and blur as bit oversharped (i just guess you used different method of rendering screens from tm)
3)the blur is just too extreme
overall) cc is just....meh
i could give a huge critic about your old vw mk1 drifting screen, but i will hold it till you want to hear opinion about it.
And 1 thing... why you use so much grain?, especially with your new "lambo and ferrari going on highway when there's fog", grain goes over the letterbox which is not good

in this case "against the police," I felt that I had not very good. but I still like the last screenshot
1) i want to show a cop car, but with a small effect of speed

I feel that when I do it just for myself, then I doing it a little better

I love grain, and over the letterbox. or without grain letterboxses will be allocated

and yes I want more criticism. because mostly all says "iRacer are good", "awesome, wow" and other like this. but I will not grow up with "wow, cool!". just look at all the previous pages (approximately five pages). almost everywhere it is written that my screenshots are good. but none of the criticism

P.S. maybe you can to tell me something about this gallery? I want some criticism

s5yn3t wrote:your real world pictures are just stunning (im learning the photography and want to achieve smth like this or go beyond

) but when you go into gaming screen taking, you need help x), can i add you to skype? (if you have it ofcourse)

*here is an login*