Over the Hood View

Over the Hood View

I vote for a more common view, one that has been in almost every racing game since the NFS days. The "over the hood" view! . At least test it out! PLEASE! I have used this view in every racing game except the one I probably enjoy racing the most. Here are the problems of the other views (i know none will be perfect).

View 1: The camera does not follow the car as view 2 does and you end up overturning a good bit of the time. Its like you take a turn but dont look forward till a split second too late after you finish the turn. You do get used to it (as i currently race view 1) But would love to be able to race view 2 as the camera follows the car directly. So just race view 2???

View 2: Makes me sick. Its like its stuck on the end of pole and you get swung around turns, but at least you follow the car directly around turns, reducing over-steer.

View 3: View 3, the most similar to what I am requesting, is too low. It limits your vision of the track. (probably the main advantage of view 1) Also, you can't see your front tires, or hood. I know of only one other driver in the dirt community that uses view 3. Since the view is at the front end of the pole (from view 2) its hard to know where the rear of your car is.

Over Hood View: Is higher the view 3, giving you more vision of the track. The camera can be placed right before where the "driver" sits, giving you a better feel for where the front and the back of the car are. You don't have to worry about different custom models, as the camera will be above 99% of all vehicles created. And, because of the advantages of TM2, when you smash into something the hood crumbles and flies off right before your eyes!

Here are some examples from the past and present of PC racing game: (images are too big, sorry)
https://images-na.ssl-images-amazon.com ... .08.lg.jpg
http://www.mobygames.com/images/shots/l ... owards.jpg
The image below is kind of a cockpit view, But notice its really above his helmet,allowing for a better view of the track.
http://www.redbull.com/cs/RedBull/RBIma ... 1-2012.jpg
http://www.mobygames.com/images/shots/l ... -views.jpg

This view would make a worthy addition to the TM2 racing title. I believe it would be used by a significant number of drivers that it should be included. Could we at least try it out in the Beta? PLEASE?! I know this is my last chance to make this happen.

I need some help to make this a happen. If you think this would be a worthy improvement to the game please comment.

I could create a custom view to race with? Or they could add it?
Top

Doing some more research I notice its already an option on local play/split-screen when you press 3, There has got to be a way to access through single player! right? jracer1 wrote:Doing some more research I notice its already an option on local play/split-screen when you press 3, There has got to be a way to access through single player! right?

in-game, Solo- and Multiplayer there is no hotkey for a hoodcam, there are only 1,2,3 and 7 on the num-pad right now, you might find something undocumented, but the guys looking for old cam2 and cam7 would have found something if there was any hidden key there as of yet, i am sure :- >

jracer1 wrote:I could create a custom view to race with? Or they could add it?

Demented wrote:Shouldn't be too hard to do. You can do it in media tracker by locking camera rotation and positioning the camera where you want.

Don't count on it to be likely that Nadeo will integrate a HoodCam in-game as key, even the respectable crowd lobbying for the old Cam7 and the old Cam2 as additional settings are not very likely to succeed, Nadeo is still a rather small team, and iirc the philosophy of Maniaplanet is to keep it as small and simple as possible.

So don't count on Hood-Cam anytime soon: Since there already is a thread asking for cam2 and cam7 back, you might address your matter there, after all it can't hurt
http://forum.maniaplanet.com/viewtopic. ... m2#p147081

Demented's tip is regarding the MediaTracker (MT) for your custom maps you can manually set the camera to any position you want:

There probably are still some obscure short-cuts in the MT not well known to the majority of us, for a long time i did not know you can hide the interface with TAB (thx to HawkGer at that point :- >) only way to shoot the AvatarPic and Nickname in the MT afaik.

I activated HoodCam by accident when trying to shoot a video in MT, 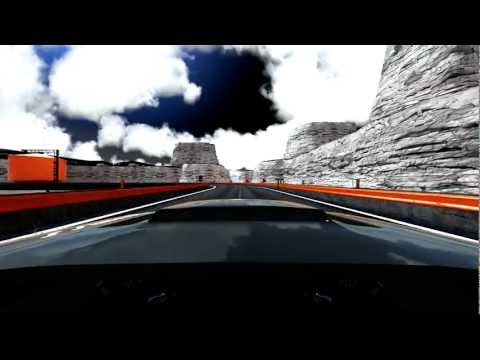 If you never have used the MT before some guidance is a good idea:
http://manuals.mania-creative.com/tm_me ... g-1#mtmenu

And even if i did it would only work for THAT map. I will check out the other thread.Thanks.
Top

in splitscreen, you just see another person's car, not yours

same in solo, when driving the same line as ghost.
- staff head of ESL TM²Stadium -
Top

Omnixor wrote:in splitscreen, you just see another person's car, not yours

same in solo, when driving the same line as ghost. Come on Nadeo, This view in single player.

Nadeo, please don't remove the new cam 2, there are already enough people who like it.

But i can also understand the people who want the old cam 2 back.

So don't update anything and remove the new one, simply add the old cam 2 back to the game so the game has 4 cam's, that would be the smartest solution!
Top