Hi. I have this CD , I found it in our attic in a box but unfortunately it is in bad condition so my pc does not read it.

Can you help my someway? I rly want to stream this game for my little audience before my Trackmania Turbo stream 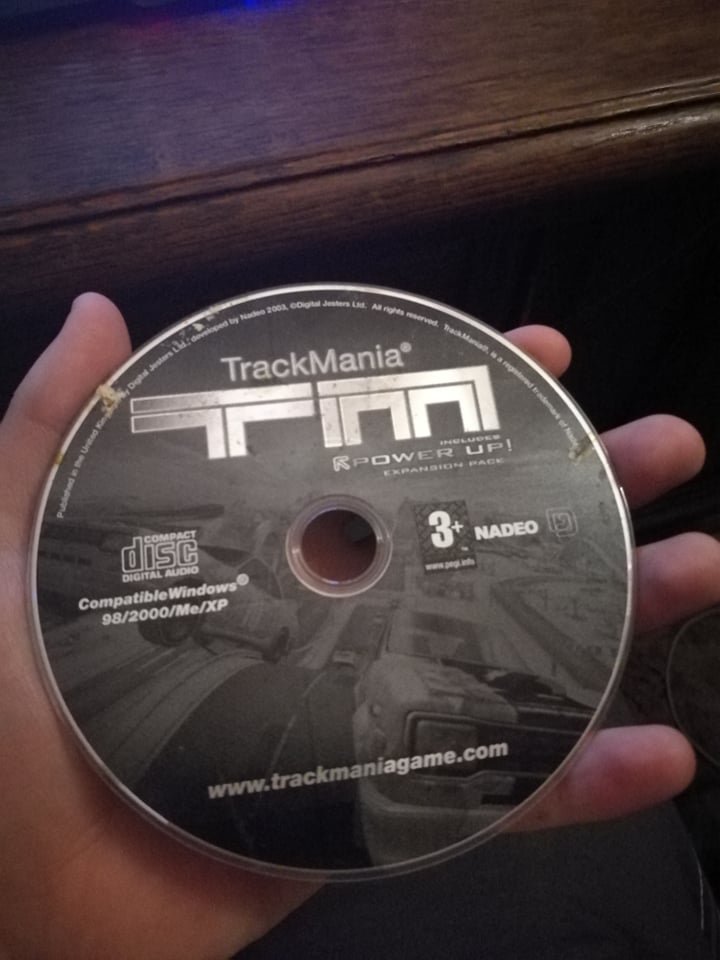 Heh, even if you did manage to get the contents off the disc your PC probably wouldn't run it because it doesn't run on Windows 10 as far as I know.

You should consider getting TrackMania United Forever on Steam if you want to play the old TrackMania environments.

I remember TMS and TMN ESWC had StarForce bundled, and SF is known to have issues with Windows versions newer than XP. Running TMN on Win 7 was a painful task. Gladly TM Forever removed that.

If OP manages to read that CD, he can try to run it using a virtual machine running Windows XP, but it'll be a terrible experience.