Hi everyone,
With the release of the new ManiaPlanet update, new features have been added to the Map Plugin API.
These mainly concern the following : If you want to see how use most of them, I made a small script taking a bit over 300 lines of code allowing you to build maps entirely with your controller.
Place this script in Documents\ManiaPlanet\Scripts\EditorPlugins\TrackMania, and go in the plugins in any environment to open it. Use Ctrl+P to close it. The mouse interface will globally not work as long as the plugin is active.
It does not have any particular interface to keep the script short, and to mostly see what's new.
Below are the controls : 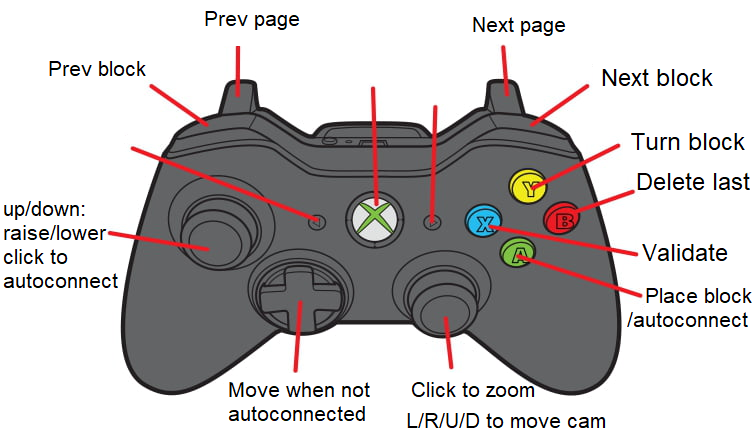 I work on the map editor, plugins and more.

Hit me up in french, dutch or english