ManiaPlanet 4 - All we know about next update

ManiaPlanet 4 - All we know about next update

Since many players have found interesting things in TMTurbo files, I decided to put everything we know about MP4 in this topic. Please note, that this list may not be 100% correct, as some Turbo features might not come to ManiaPlanet. 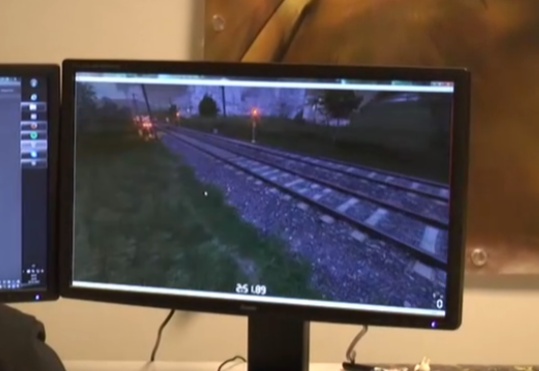 Completely new solo campaign, all runs are always official (like in TM Turbo)
"It’s at the occasion of this update that we’ll officialize the records done in the solo on Trackmania and we’ll launch a new season on the campaigns of Canyon/Valley/Stadium/Lagoon which will integrate the modifications of the tracks, also allowing to integrate some new blocks and rules changes like the switch to the “always official”." - Hylis

New attributes in game mode context (CTmMode) New attributes for players in game modes (CTmPlayer) A lot of read-only player related variables in mode interface manialinks (CTmMlPlayer) Display ghosts in game modes (CGhost)
TrackMania game modes can attach and detach ghosts visible for all players on the server. Ghost have results with checkpoint times, so it's possible to shot actual time difference between the ghost and local player.

More gameplay mechanics
"We work to expand the number of actions possible for Shootmania while being careful to keep the consistency of one gameplay in depth. [...] We work to develop some types of items like, as first important examples, a turret or drone system, allowing to more easily imagine the design of solo training experiences for Shootmania." - Hylis

Vehicle items and driveable cars
Vehicle items for ShootMania, which can be found on map, entered, driven like a normal TrackMania car and left at any moment.
Video material: https://www.dropbox.com/s/ooy13yfcgan4p4u/DamienVid.mp4
"It’ll be now possible to put Trackmania vehicles and the Shootmania character on the same network game and to interact and to commute from the control from one to another." - Hylis

Walking on walls (Boolean CSmMode::WalkOnWall)
Value in the context of gamemode. Yet unknown how it might work, but probably in one of these cases: Pets for the players (CSmPlayer CSmPlayerDriver::Owner)
Players can now have bots working like "pets" - bot with owner will probably follow them and shoot the same target as owner or nearby targets.
Note: Bots can be also spawned with owner, instead of normal spawn or path. That means it will be possible to summon pets near owners in custom modes.

Warlords title pack / game mode
Old prototype game mode being reworked by Nerpson in Nadeo's new "TrackMania / ShootMania maker".
"It’s a game mode which mixes a strategic and diplomatic game at a high level, in a spatial map, and Shootmania battles during the control point phases of the opponents fortress." - Hylis

Inventory and the Store systems Unknown how it will exactly work, but from docs we can understand that Store handles players money, Inventory gives and removes items/actions for the players and ScoresTable seem to communicate with built-in new scores table.
Siege Archetype:
https://github.com/maniaplanet/game-mod ... 0fc6b55348

New kind of landmark: Bot Spawn
Probably block that can spawn bot players instead of path.
UPDATE: It may just refer to "character" items placed on map by its creator, so mode creators could access their positions.

Other way to change player color (CSmPlayer)
Can finally get the color HUE given to a player by game mode and force custom HUE, just like ForceColor.

Interface redone with manialinks and ManiaScript
"The whole interfaces of the Maniaplanet project have the ambition to be replaced with the Manialink system, we regularly do improvements in order to allow the development of more beautiful interfaces more efficiently. For instance, we did set up an improved depth system, as well as an API for the realization of efficient animations." - Hylis

Perormance upgrades, 64bit architecture support and DirectX 11
"A 64-bit version made available, DirectX 11 enabled, more multitasking, improvement in the speed of lightmap calculations and several others optimizations such as game loadings or scripts. [...] We work at improving the engine on some aspects such as adding some visual effects to enhance immersion. We wish to work on the rendering of projectiles & explosions. We alse work on the general rendering of the map, with the generation of modifications on a large scale linked to the different blocks laid, or on a smaller scale to improve the light junctions in some cases, and add procedurally generated detailed elements. [...] Optimizations and new blocks for Trackmania Canyon, Valley and Lagoon. It’s an important work that is done and which require a lot of time and involve to come back on the blocks to optimize them, complete them with some missing variants and to add new collection that we’ll unveil later in the previews which will take place before the beta." - Hylis

Improvements to the Item Editor and (maybe) custom items modelling in-game
"The 3D object modelling and the creation of operation of procedural texturing. [...] We have the project to improve the map editor in connection with the use of items to improve the combinatorial edition and enjoy the possibility which will be given to the players to create their own items in Maniaplanet." - Hylis

More possibilities for players groups, chat system reworked, R.I.P. Evidence
New Clublink website: https://dl.dropboxusercontent.com/s/k1b ... t_club.png
T"o ease the communication between different groups of players, we work at integrating the concept at the scale of the Maniaplanet system. We’re revamping the buddies chat interface, which will integrate more features for the chat with several players, and some early features to help playing in groups or communities." - Hylis

Auto-generated websites for title packs, "titles in titles"
"The titles creators will have a generated website, dedicated to their title, easing the download of their experience and allowing to communicate information to an external public who will continue to have access at the titles for free in demo mode for a duration of one hour per day or for a solo content of the first maps of the campaigns. [...] There will be titles which could be dedicated to the titles creation and so enable more expert players to propose to the less expert users the possibility to use their canvas to compose others campaigns integrating others data created by others players for example." - Hylis

Voice chat (CUser)
Yet unknown if it will be implemented and how it will work. Evidence for this can be found in CUser class. Probably voice chat can be activated on servers and manage users (mute/unmute) without need for a server controller. More control in title pack custom menu manialinks (CTitleFlow)
Script context in menu manialink has been changed and it now features TitleFlow object, containing some useful functions: Gamepads and other input devices management in manialinks and local modes Official solo rankings for custom title packs
"We develop the systems which will allow us to enable official tries in solo for custom titles. Those official tries could use the rule of “always official” which will prevail with the Maniaplanet 4 update." - Hylis

Videos management (CVideoManager, CVideo, CImage)
Manager for the video files, similar to CAudioManager. Can bind video to CMlQuad and enable buffering. Can be used eg. for ingame video sharing service.

Steam exclusive: No need to restart game when changing base environment
Still to be confirmed, we have a compatible solution with external game software management solutions to allow to commute environments without needing to restart the application (for Steam versions)." - Hylis

Script debugging improvements - check time needed to accomplish code line
"To simplify the debug of the script, the callstacks in script are now visible if there is an error. For the performance part it is now possible to check the time spent in each line of the script after its execution." - Hylis

Nice summary of the documentation.

The last step: Release it

From where did you get these informations ?

You can still have a documentation of maniascript in Turbo, like in Maniaplanet. ( just run with an extra command )
C'est Grandiose!

Dommy.. can you read my mind? I was just about to start a thread where I'd ask what we already know about the incoming updates... I guess writing some code lines is not the only talent he has..

Thanks a lot for this detailed and nice summary!